Wilfredo Leon even ran to the opposite side of the court so he could protest about the doubtful call! 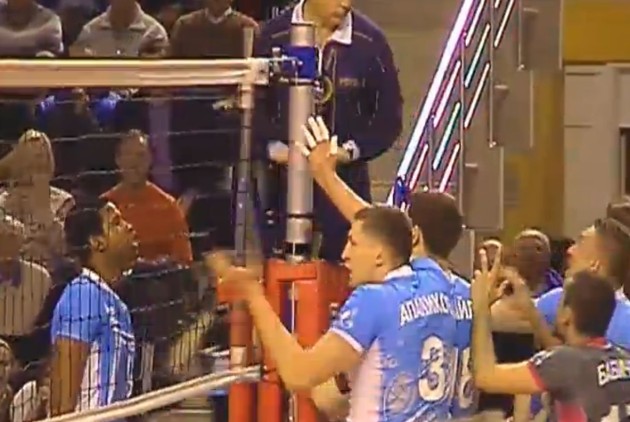 In the third set between Orenburg and Zenit, team from Kazan had the set ball at 25:24. Wilfredo Leon made a block, but referee called that Cuban player went over the net, and gave a point to Orenburg… But, then players of Zenit simply went wild. They rushed toward the main referee, while Leon even went to the opponent’s side of the court and pulled the net several times to express his anger about the call.

Eventually, referees used the video check system and repeated a point. Zenit scored in the next play and seized the third set.

RUS M: Race is still ON, miraculous comeback by Zenit