WL M: Russia won against Serbia in front of 5,000 fans 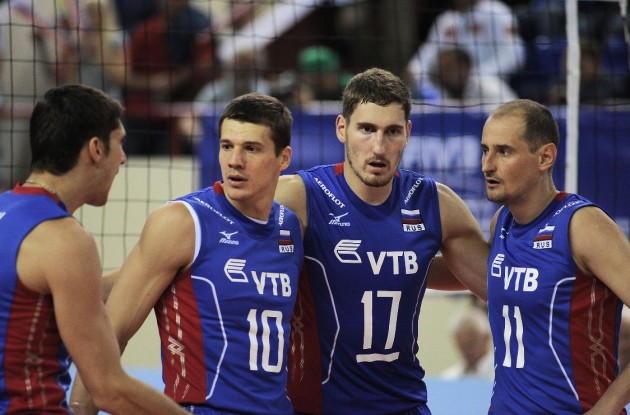 Serbia could not overcome the fighting spirit of Russia on Saturday

Maxim Mikhailov topped the score for the hosts with 24 points while Kovacevic Uros earned 23 points for Serbia.

Russia came into the match in a strong manner and took a four point advantage at 5-1 before Serbia took a timeout. But the visitors fought back with excellent blocks and leveled the score at 8-8. From then onwards Russia began to regain their confidence again and, supported by the enthusiastic crowd, increased the margin before closing the set 25-21.

Serbia took early lead in the second, showing Russia that they would not go down easily. Good blocking kept them ahead 10-16 by the first TTO. Outstanding defence and attack helped the visitors to dominate until the end of the set, in spite of all the efforts from Russia, 21-25.

Serbia carried that momentum into the third, taking a a six-point advantage at the I TTO, moving on to 16-13. Russia tried to fight back as Dmitry Muserskiy’s aces helped his team to reduce the gap to two points before Serbia took the set.

The third set started differently as Russia demonstrated their fighting spirit, moving ahead 8-4 at the first TTO, forcing Serbia to take a timeout at 10-5. A brilliant spike from Yury Berezhko kept Russia ahead 15-11. Serbia gathered for a second timeout at 22-19 before their terrific block leveled the score 22-22. Nevertheless Russia managed to regain control and Dmitry Muserskiy sealed the set 25-23.

Russia performed with high speed in attack, leading 5-3 at the beginning of the fifth and made Serbia take a second timeout at 13-9, before finishing the match 15-12 in favour of the hosts.

Serbia will meet Japan on Sunday, while Russia will face Cuba for the final matches of the Third Round.