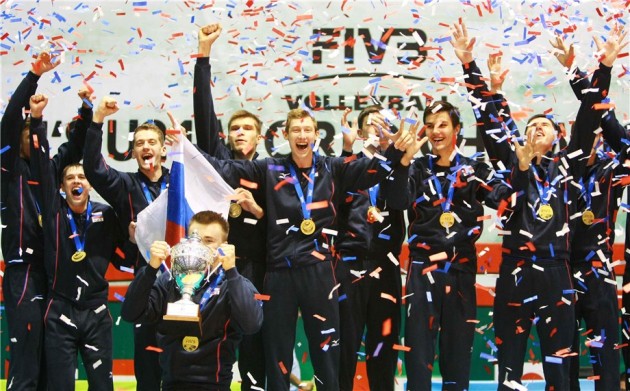 It is third in a row World Championship title for this U21 national team.

But, the way they did it is simply amazing. Like in the movies, when you want to make dramatical game.

Of course, in those movies champions usually trail but in the end, they turnaround the score.

Russia did the same thing! They were trailing by two sets! In another three their performance were spectacular. It was like they brought new players on the court.

Russian team started playing much better, with a good defense, especially block was perfectly fine. In attack, they were led by Volkov, who really was very good in these decisive moments.

Argentina’s boys couldn’t do anything except to say “Congrats” to the rival.

For the MVP of the Championship was selected Pavel Pankov!

If you want to see standings, results, stats and other visit page World Championship U21 M.

How often can you see this? Referee took away serve from Christenson! (VIDEO)

Sammelvuo – “We still need to learn...