Proton Balakovo Saratovskaya oblast are on fire! Not many volleyball experts hoped to see the team located in European Russia to have 5-0 record at the start of Superliga. 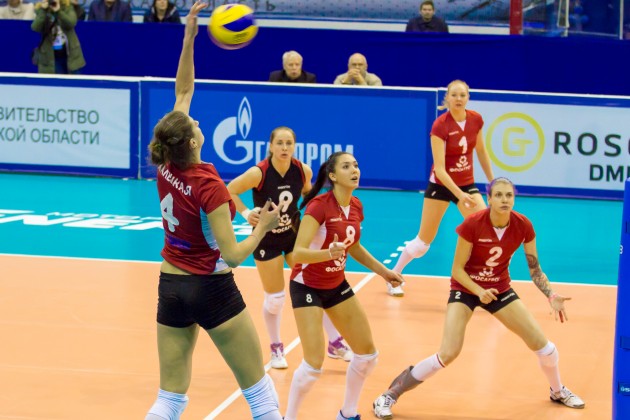 Both teams had four players with double digits on a scoreboard, but Proton’s were much more efficient, obviously. Anna Makarova with 20 points and Ekaterina Yenina with 13 topped the scorers in the winning team. On the other side, Yuliya Bessonnaya (16) and Serbian Sara Klisura (15) stood out.

The financial crisis and absence of two Brazilian stars from previous season that departed from the team because of that (Fernanda Garay and Fabíola Almeida), left mark in Dinamo Krasnodar in the last two rounds.

Nataliya Obmochaeva ended a battle that lasted two hours and six minutes with 30 points in the visiting team, while Anastasiya Markova added 18. Tatyana Kosheleva remained on 27 points in Krasnodar. Nataliya Malykh contributed with 19.

VINTAGE VOLLEYBALL: Can you believe that 25-1...