A legendary Russian player Lyubov Sokolova previously announced the end of her club career and now when they finished season, she said goodbye to the volleyball. 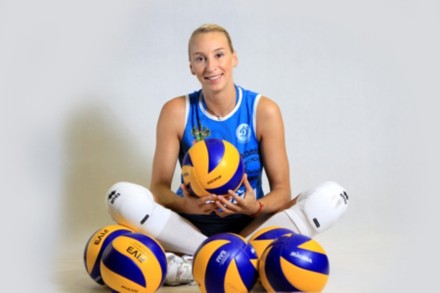 Two-time world champion Sokolova also gave up of playing for the Russian national team at Olympic Games in Rio de Janeiro but all people from the Russian Volleyball Federation hopes that she will change her mind.

This 38-year-old volleyball player in the previous Olympics 2000. and 2004. won the silver medals.

“Lyubov Sokolova refused to play for the Russian national team at the Olympics, but we hope that she will change her decision” said Vladislav Fadeev and added:

“She is the greatest player but she has serious health problems. Now she is resting, receiving some medical treatments and we will return to this topic. She remains in contact with the coaching staff of the national team of Russia, so we will see ” Fadeyev said for “F-Sport”.

Recall that Sokolova has very rich trophy room! Check out her achivements and STATS.

Ekaterina Gamova and Lyubov Sokolova Shashkova are included in the extended list of the Russian national team for the 2016 Olympics in Rio de Janeiro.