The players of Zenit Kazan have been officially presented to the media. With a star studded roster this season, no doubt 2012 Olympic Champion Coach Alekno won’t have to deal with a lot of stress. 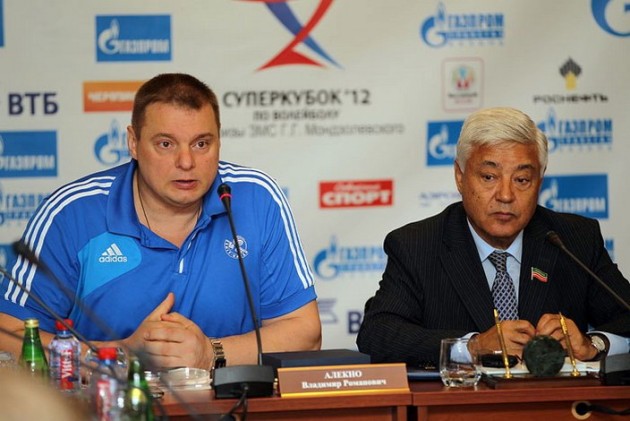 With 5 Olympic Champions on the 2012/2013 roster namely Maxim Mikhaylov, Yuri Berezhko, Nikolay Apalikov, Alexander Volkov and Alexey Obmochaev and 2 talented imports Valerio Vermiglio of Italy and current American sensation Matt Anderson, no doubt Kazan has what it takes to defend its Champions League crown and dominate in the Russian League.

Aside from the media presentation, the boys of Zenit Kazan also visited a university earlier today to meet students and do the usual Question and Answer portion.

Looks like the team and the students had a wonderful time!

Here are some pics…

ITA M: Macerata will have the final test in Modena before the Supercup