Omchika met Proton in the Russian Women League game, and won 3:0. Zoran terzic is hapyy with his team performance, and Elena Sokolova congratulated the opponents. 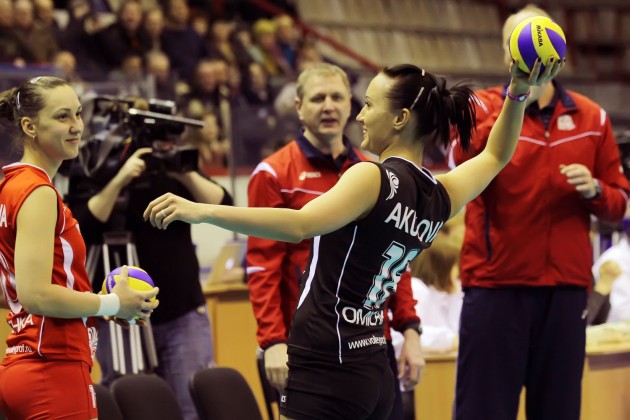 The first point in the match won rookie of the Omsk team,  Natalia Mammadova. The guests made their first successful attack over Antonina Krivobogova. Omichka was not very upset at the start of the match and made it quite easy to even the score – 4:4. Game point to point continued until the result 6:6, then the guests scored two points in the first service break – 6:8.

After the pause, the teams exchanged errors on the pitch. Zoran Terzic had to get the first time out. This seemed as a clever move, and after many exciting rallies, Omchika won the first set 25:21.

Omichka opened the second set – Julia Podskalnaya hammered the ball into flooring. But Nelly Alisheva’s attack “closed” the score again – 1:1. After a break (8:4) Omichka was still in the lead with a double advantage, and with the score 14:7 mentor Proton took the first time out in the second set. As the set kept going on, it was more and more obvious that it will belong to Omchika. Omchika won the second set with the score 25:13.

“Congratulations to Omichka on a splendid victory. My players have not shown the necessary skills in a match with a team like Omichka. The opponent very quickly dealt with us.”

“Congratulations to my team and the opponent on the beginning of the Russian Championship. I am very glad that we won today. As this was the first match of the league, we played well. I saw that we must work to improve the reception.”