L’ÉQUIPE: Earvin Ngapeth – „I am going to Kazan“

It’s no longer a rumor – Earvin Ngapeth will play in the jersey of the Russian men’s volleyball side Zenit Kazan next season! 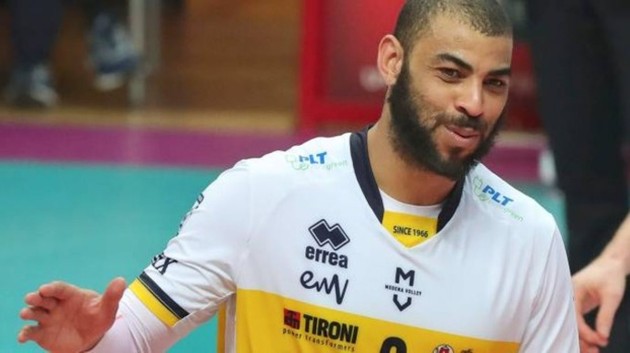 The L’Équipe took advantage of Ngapeth’s arrival in Paris for a trial regarding the case of his alleged confrontation with a railway controller, for which he was acquitted, to talk to him about his plans for the next season. And French superstar revealed his destination for 2018/19!

“I made the decision to leave, I am going to Kazan. For two simple reasons: the first is that I feel I have finished my cycle in Modena. I’ve been there for four and a half years and, apart from the Champions League, I’ve won everything. I feel like I’ve entered a routine at the end of a cycle. I miss something. I feel the need to see something else and put myself at stake to rediscover the motivation,” Ngapeth stated to L’Équipe and added the second reason for leaving Italian Azimut Modena – the coach Radostin Stoytchev.

“He’s a good coach, but not my type of coach. You know, we’ve discussed it several times. We had occasional, human disagreements. I like having my freedom to play. He has two more years of the contract and I cannot go on like this much longer, so I should better leave. I spoke with the president (Catia Pedrini). It’s difficult because I adore her and she feels the same, but I cannot give up an opportunity to go to Kazan,” the outside hitter added.

With the arrival of Ngapeth in Zenit, and knowing the fact American Matt Anderson extended the contract, the Cuban Wilfredo León is definitely heading for the exit door of the club, most likely to Sir Safety Conad Perugia.

You won’t believe how old is a setter that competes in Italian Division 2!

This would be crazy. Volkov, Ngapeth and Spiridonov in one club? Volkov looks like a saint among thieves. Rotflmao