SRB M: Grbić – „It’s honor to lead national team after being coach for only 4 months“

Nikola Grbić emphasized that he’s honored to have the chance to coach the Serbian national team, whose part he was from 1995-2010 and with whom he won 19 medals. 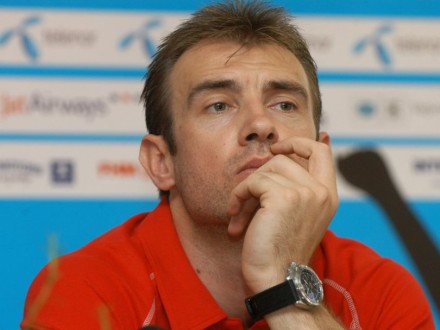 “Of course I’m extremely pleased with the invitation to take the rudder of the Serbian national team. I think this is a great honor after such a short period of time spent on the bench of one club. To be engaged in this job for only four months and receive an invitation to lead the national team, I think it’s really a great honor and obligation”, said Grbić for the official website of the Serbian Volleyball Federation.

He ended his career as a player last season by wearing the jersey of the Russian Zenit Kazan and wanted to play somewhere at least one season more, but accepted to sit on the bench od the Italian team, Sir Safety Perugia.

„A man can never stop learning, especially now, because I’m at the beginning of a new career and it’s certain that I have yet many things to learn in this job. As a player, I had a very long career and in the short time I’ve been involved in this job, I realized that these are two quite different things. I realized that my perception of the things as a player was quite narrowed in comparison to what a coach should see and needs to think of. In any case, I’m very fortunate that I have met through my career a lot of coaches and people engaged in this job who are willing to help me with the advices. I think I’ll be ready for what awaits me”, added Grbić.

ITA W: Attacker – “I apologize to Chieri, but not to Beatrice!”