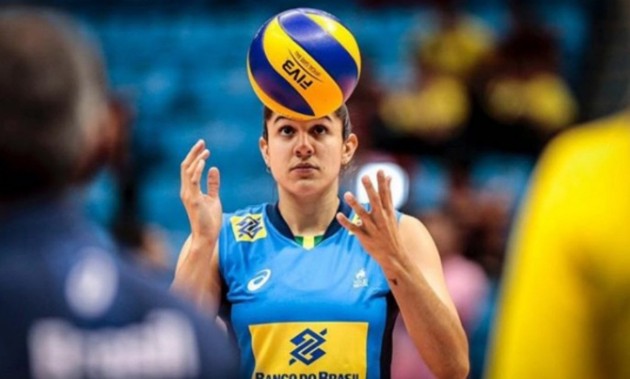 Brazil national team outside hitter Natália Zilio will return to play in Turkey after a year as she defended the colors of Fenerbahçe Opet from 2016 to 2018, winning the championship title one time. Thus, the transfer that we announced earlier became official. A 30-year-old Natália, the 2012 London Olympic Games winner, came to Eczacıbaşı after conquering the Brazilian Superliga with Itambé/Minas.

The Turkish silver medalists have made another transfer hit – they tied the setter Carli Lloyd. Interestingly, a 29-year-old American battled with Natália in the playoff finals last season as she wore the jersey of Dentil/Praia Clube. Lloyd joined Eczacıbaşı having a huge international experience. She was named Best Setter of the CEV Champions League and FIVB Club World Championship once each.

Next year Eczacıbaşı will be the best team, for sure.
Vakifbank needs one more outside spiker except Gabi. Haak is also very good.
Fenerbahce has also a very good team.
It will be an interesting championship.
Italian championship weakened unfortunately.

In which World are you living ? Conegliano is already the strongest team in the World and next season they have Egonu. Italian teams will win everything next season. Same as this year + WCCH.
Seria A is the strongest league

Re: @Tom
Of course Conegliano is one of the best teams, but in my opinion not the best.
But you are out of topic because I referred generally about Italian teams level for next year and not especially about Conegliano.

Re: @Unknown
You are untitled to your own opinion , however this year the Italian leagues proved to be stronger than any other nation eliminating all Russian and Turkish clubs in multiple games. That’s not only proof but a fact. Giovanni gudettii confirmed it himself saying’ conegliano is the strongest team in your’ he meant that over his powerhouse team. But it’s a free volleyball world so you have every right to say volei Alba is the best if you wanted. Not trying to argue just stating facts and stats. Keep enjoying volleyball though

A big reinforcement in Onico Warszawa –...