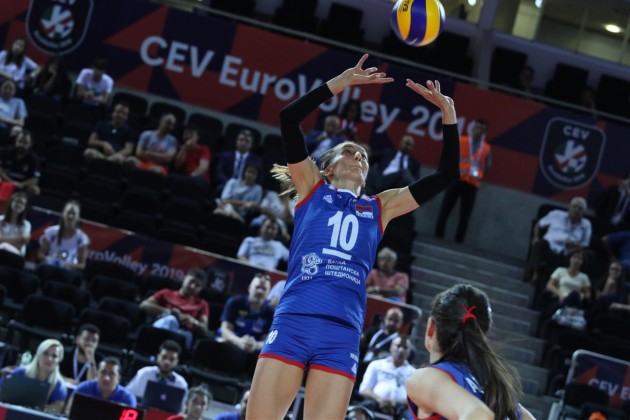 VakıfBank continued their transfer activities for the new season by contracting one of the best setters in the world Ognjenović.

Only a year ago, Serbia National Team member (the winner of the 2011 CEV EuroVolley /Best Setter/ and 2018 FIVB World Championship) waged fierce battles against her new team as she defended the colors of Eczacıbaşı VitrA.

The 35-year-old athlete spent the last season in the Russian side Dinamo Moscow and won the national championship. At the end of the season, she renewed the contract with the team from the Russian capital but requested it to be canceled in order to move to Vakıf. Dinamo agreed to meet Ognjenović’s demands, as the club General Director Vladimir Zinichev explained.

EUROVOLLEY 2019 W: Russia deprived of help from Fetisova until end of tournament

It’s better to Carlini play in Vakifbank instead Ognjenović.

TUR M: HalkBank was only warming-up for...