FENERBAHÇE lost against Vakifbank ISTANBUL 1:3 (31:29, 19:25, 17:25, 17:25) in the first match of the semifinal of the Turkish league. Read more about latest volleyball news, games reports, and statistics on WorldofVolley. 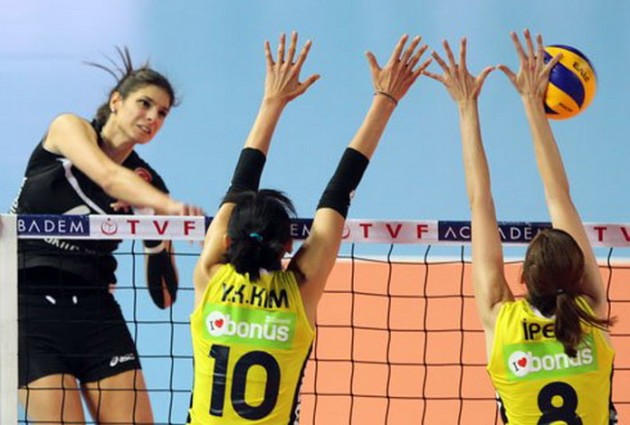 Vakifbank ISTANBUL won the first semifinal first leg against FENERBAHÇE with 3:1 and lead in the series 1:0. This is 43th straight win for VakifBank in this season. On Sunday, April 14th at 14:00 Vakifbank and FENERBAHÇE will meet again and if FENERBAHÇE won they will play third and final match of the series.

Gözde Sonsirma was top scorer of the match with 19 points in Vakifbank. Jovana Brakočević had 17 while Malgorzata Glinka–Mogentale had 16.

VakifBank coach Giovanni Guidetti celebrated after the match, “Fenerbahce play nice and they are formidable opponent. We show a superior game from the beginning to the end of the match. We want to go to the finals by winning in the second match. Sunday’s match will be more difficult, however, I believe that we will have good concentration and we will win the second leg” he said.