TUR M: Major signing with only two games in season 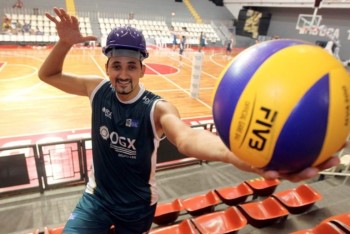 Mauricio Souza has shaken transfer market when he decided to come to HalkBank from RJX in the middle of the season. But, Brazilian middle blocker has played only two games so far for club from Ankara, and it is interesting that HalkBank lost both of them.

Rule of three foreigners in Turkey prevents Souza from playing, because coach prefers Kaziyski, Juantorena, Raphael and Djurić. Also, he couldn’t play much in Champions League as well, because HalkBank is the host of the final tournament and didn’t play in playoffs.

How many games will Souza play in the rest of the season?