Match for the third place at the Final Four tournament of the CEV DenizBank Cahmpions League in Baku was finished easier than everybody expected. Rabita took the bronze medal after only three sets! 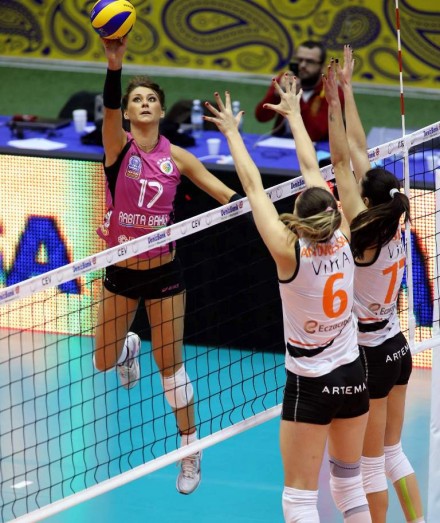 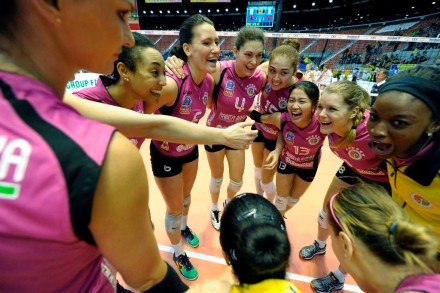 The beginning of the match was pretty tight. Teams were fighting for every point, and when the hosts took the first set, it seems that the winner was determined.

In the second set the host team finished with 25-12, while in the third set result was equal, at least initially. After 12-12, Skowronska gone to the service line and Rabita made four points in row (Krsmanović for 16-12). However, Eczacibasi fights back and again ties on 16-16.

Battle point for point lasted until 20-20 when team from Baku took the lead 22-20. With the strong attack of Neslihan and block of Poljak, Eczacibasi  made the result 22-22, but after 23-23 Tomkom scored match point 24-23. Rabita  did not take advantage of the first two set points, but then finished it all off with a kill block by TeTori Dixon to give a green light to the celebrations – 27-25

Match for the 3rd place

Click here for more detailed information on the Final Four in Baku.
Live photo gallery from the events in the Azerbaijani capital is available here.