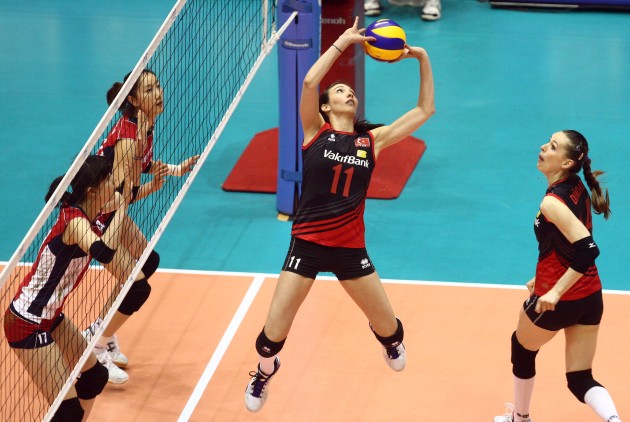 Polen Uslupehlivan topped scored with 24 points for Turkey as they moved top of Pool C.

Turkey carried that momentum into the second, taking the early lead. However the home side pulled even at 10-all and this time it was Turkey who were plagued with errors as they allowed the Koreans to come back into the game, making the score 1-1.

It looked like the third set would also go the host’s way as Turkey continued to commit errors, especially with their setting. However, they adjusted their attacking game to compensate and the move paid off as they regained t lead before eventually taking the set.

They then seized the chance for victory with powerful services and a high-flying attack. It was too much to handle for the home side as their defence crumbled under the intense pressure as Turkey sealed an edgy win.

OFFICIAL: Centoni and Leys are gone but...