TUR W: Kim is the queen of Istanbul 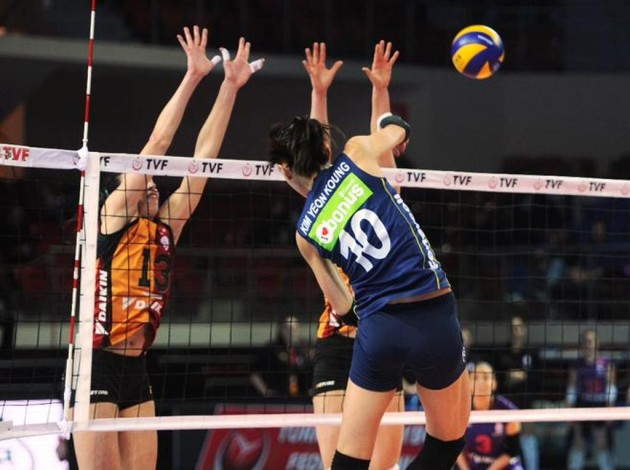 It would be really unfair the write that the one single player decided the winner of this game, but things which Kim Yeon-Koung did in the last set were just incredible.

Fenerbahce was leading 2-0 and it seemed that Yellow Angels will easily beat the biggest rival. But, Galatasaray responded, and had four set balls in the third set – 24:20. Fenerbahce saved them all, thanks to Kim!

Korean star wanted really badly this win and her huge desire brought the crucial point for home side. At 24:23, Kim was so much stronger than the rival player on the net, that she almost “dunked” the ball into the Galatasaray side of the court – 24:24. And then, she scored next two points for her team with two strong spikes, while the last one came after a great team block.

Of course, Korean player was the top scorer of the match with 19 points, while Polen Uslupehlivan added 15 for Fenerbahce. In the away team Nadia Centoni made 15 points, Floortje Meijners stopped at 12.

PHOTO OF THE DAY: Lube’s funny block on netcam

What do you mean? Kim always has been and will be one of the best players in Turkey.