Unbelievable game in Istanbul and even more unbelievable comeback of VakifBank against Piacenza! 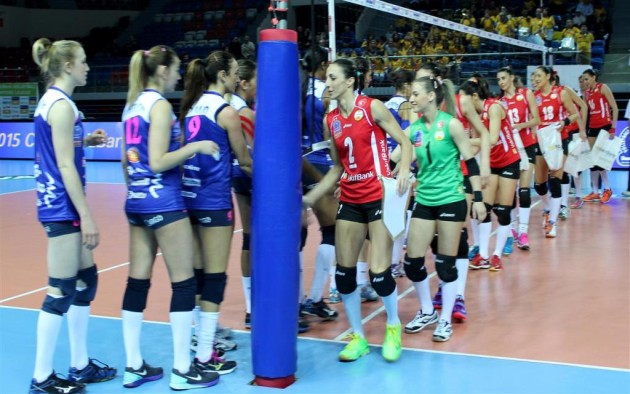 Italian side was two sets ahead, but VakifBank managed to tie the game and go into the tie-break. And there… Piacenza had 7 match balls! Two of them were counterattacks!

Firstly, Victoria Valdez just needed to drop the ball into opponents side of the court, but she accidentally touched the top of the net and Turkish team survived. A bit later, Lisa Van Hecke had a clear spike for the win, but was blocked!

That was the last chance for Piacenza to grab a break in Istanbul. After that, VakifBank made a perfect defense and counter to take the lead, and finally made a strong block for 3-2!

wowww what a game

This match clearly shows the problem in Vakif. Gozde is native leader of this team.
When she is in the game all team try to play over her.
Unfortunately, she is not ready after illness. So, the team lose balance when she is in game.
After; Gozde-Guldeniz, Costagarande-Elitsa changes team started to play.