Both clash of giants in previous two weeks had the same outcome – Zenit Kazan are simply mile ahead of Halkbank Ankara by the quality, even without Maksim Mikhailov and Cuban Wilfredo León! 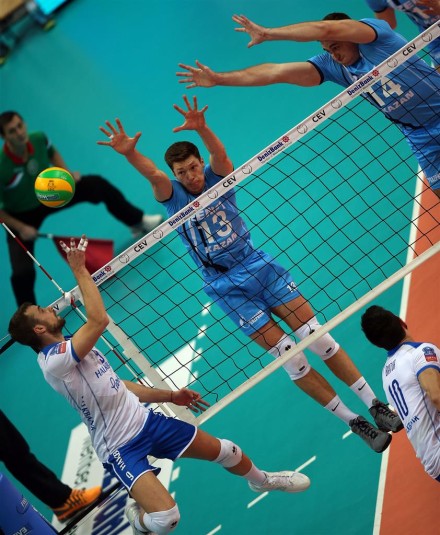 In the atmosphere of high tensions that was created before the match due to cooling of political relations between Russia and Turkey, Halkbank managed better and opened the match perfectly.

But, Zenit set themsleves free from the pressure and it was especially visible in the fourth set. Eventually, they took all three points to secure top spot in the pool and straight qualification into playoffs.

Since Zenit’s coach Vladimir Alekno decided to rest Mikhailov and León (as WoV published before the match) and send American Matt Anderson on the court only as substitute, Viktor Poletaev (16 pts.) and Aleksandr Gutsalyuk (15) stood out.

RUS M: Crazy spike by Zaytsev, Savin could not believe his eyes… (VIDEO)

TUR W: This is how Milena Rašić...