Yellow Angels have scored the second win in the domestic volleyball championship, while the reigning champions opened season with 3-0 away victory. Eczacibasi have won as well. 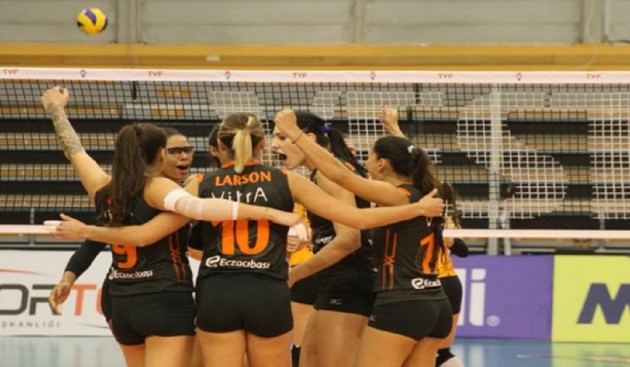 Natalia and Kim were the best players in Yellow Angels. They downed Besiktas away in straight sets 25-23, 25-19, 25-23. The Brazilian star was the top scorer with 18, while Kim added 15. The Thai star Nootsara Tomkom was also on the court.

When we talk about the reigning champions, they recorded first victory in the new season in Turkish championship. There were five players with double digits, Zhu Ting 11, Kubra Caliskan 11, Durul Melis 11, Milena Rasic 11 and Kimberly Hill 11!

The Serbian star Tijana Boskovic was the best player in the first win of Eczacibasi in season 2016/2017, when we talk about Turkish Championship. She contributed with 22, adding 6 aces as well. Tatyana Kosheleva and Thaisa Daher skipped this game.

PHOTO OF THE DAY: Serginho with insane attempt to save the ball!