TUR M: One of the top scorers in Europe will continue career in Turkey!

This is definitely a surprise... 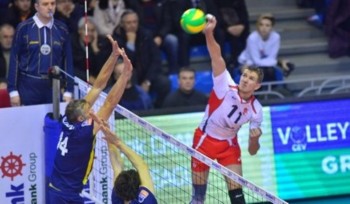 While playing for Iraklis Levan Kalandadze was one of the top scorers in Europe in the ongoing season, so it was expected that the Russian opposite will continue his volleyball career in some of the major clubs from the Old Continent. However, he decided to play in the Turkish 2nd Division for the rest of the season!

According to sport.business-gazeta.ru, Kalandadze signed a contract with Turkish club Palandoken, who is trying to return to the elite rank of the Turkish league system.

Recall that Kalandadze has recently became a free player, as his previous club Iraklis violated the contract terms.