TUR M: Arkas get in front of Maliye Piyango, ZiraatBank bounce back on the 2nd place

Two games of the Turkish Championship were played this Saturday. 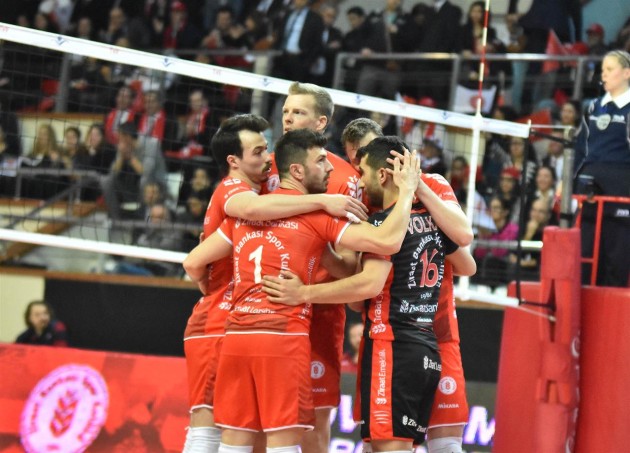 Arkas have scored a very valuable win over Maliye Piyango at home court. It means that Arkas (4th place) are now in front of Maliye Piyango (5th place) on the standings and that may be very important to know as there are only 1 round left to be played in the regular season.

Michael Sanchez-Bozhulev was far the best scorer in the winning team with 26 points, while on the other side Oliver Venno made 24 points for the visitors.

ZiraatBank used the fact that Istanbul BBSK are in front of the key Champions League game against BR Volleys, so they had no problems winning this clash in straight sets. Marcus Nilsson was leading the Ziraat’s troops with 16 points.

In the away squad there were no Antonin Rouzier, while Nicolas Marechal and Nicolas Le Goff played only one set today. The intention of the head coach was of course to rest his major players before the rematch against BR Volleys.

RUS M: Only two more… Zenit Kazan are getting closer and closer to complete the perfect season