Bursa is definitely the most successful volleyball club in the past three seasons of the CEV Challenge Cup. 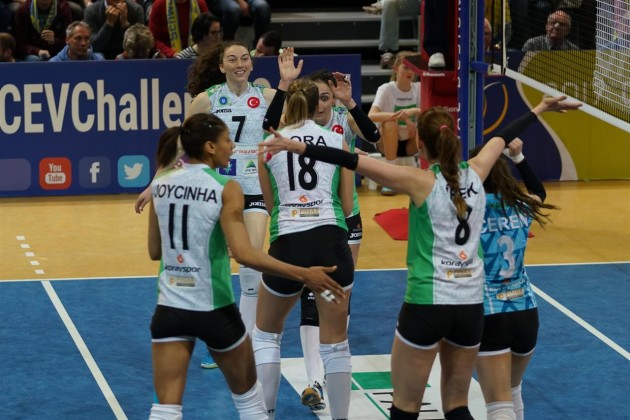 This Turkish team made history in the 2014/15 CEV Challenge Cup season by winning their first ever European trophy. One year later, they reached the semi-finals of the 2015/16 CEV Challenge Cup campaign, while in this season Bursa will once again fight for the trophy!

Bursa did suffer a home defeat against SC Schweriner in the 2nd leg of the 2016/17 CEV Challenge Cup Semi-Finals, but only after the Turkish side won the opening two sets and secured their ticket for the finals. Recall that Bursa triumphed last week in Germany by 3-1.

Therefore, we know which two teams will fight for the trophy in the 2016/17 CEV Challenge Cup Finals. It will be the clash between Bursa and Olympiacos.