Outside hitter McKenzie Adams was named the preseason Conference USA (C-USA) Player of the Year, the league office announced, and the Roadrunners were predicted to finish in a second-place tie in their first season in the circuit. 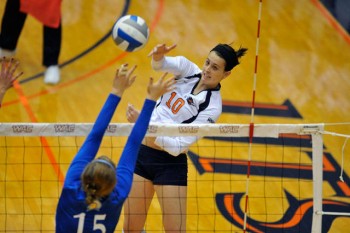 The 6-foot-3 native of Schertz is joined on the preseason All-C-USA team by teammate Annie Kunes, who was named last year’s WAC Libero of the Year after leading the conference with 5.05 digs per frame.

The Roadrunners, who return five of six starters and their libero from last season’s squad that posted a 21-9 overall record (13-5 WAC), open their campaign on Aug. 30 against LSU at the Tigers Classic in Baton Rouge, La.