For the third consecutive year, the USA Volleyball Cup will bring in a top-tier opponent as No. 3 China has agreed to play in the 2015 event against the No. 1 U.S. Women’s National Team. 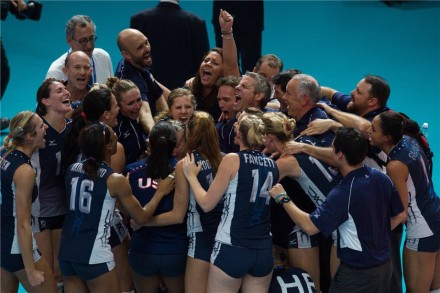 The four-match series is scheduled to take place in early June. The series starts in Honolulu with matches on June 5-6 at the Stan Sheriff Center on the University of Hawaii campus. The Cup shifts to Southern California for the final two matches, which will be held between June 9-11 at sites to be announced.

“We’re thrilled to bring the Chinese Women’s Team here to compete in 2015,” USA women’s national team head coach Karch Kiraly said. “They’re a strong young team, and we had a battle that tested both teams, in the gold medal match of 2014 FIVB World Championships. As Josh Waitzkin said in The Art of Learning, ‘There is nothing like a worthy opponent to show us our weaknesses and push us to our limit.’ China, with former USA head coach Lang Ping at its helm, is certainly that worthy opponent.”