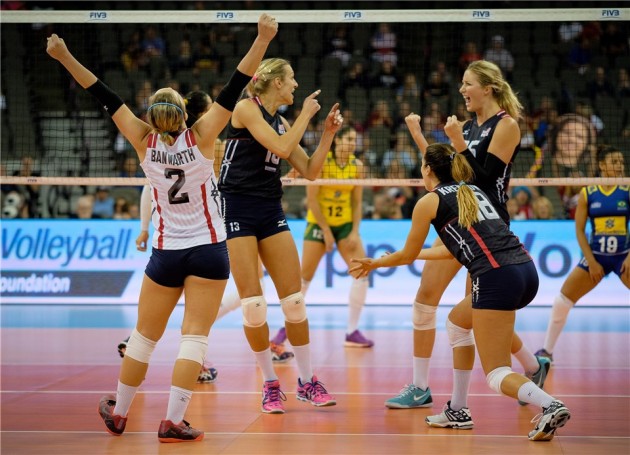 USA beat four teams in four days, all ranked in the top seven in the world. Its last opponent is ranked second and was a defending champion. The Americans secured the trophy in the prestigious competition one round before the end.

USA became the first host of the final tournament to win the World Grand Prix in the 23-year history of the event. Thus, the Americans took their sixth gold medal in the competition.

US team claimed the 200,000 Dollars Final Round top prize, concluding the F6 on Sunday against China, the world vice-champions.

Find the players from this match in our Poll and choose the best team of the 2015 Grand Prix!

GP: China without mercy over Russia