The Philippine prospect Marck Espejo amazed volleyball world with his breathtaking performance in the semifinals of the 80th UAAP men’s volleyball championship, yesterday. 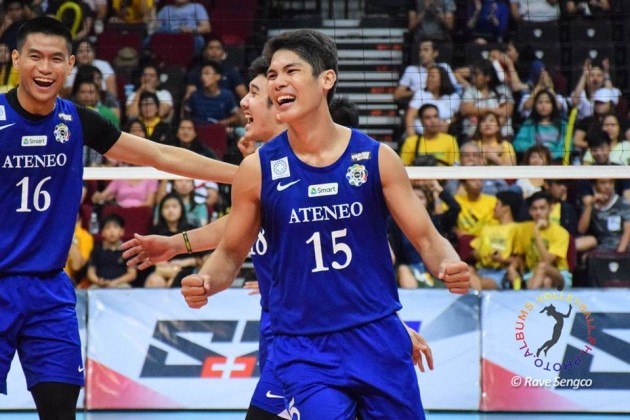 Although we are talking about the collegiate level of volleyball, which means non-professional, scoring 55 points in a single game is more than perplexing! And that’s exactly how much a player of Ateneo de Manila University volleyball team Blue Eagles tallied in the Final Four encounter against the squad of Far Eastern University, the Tamaraws. This made Espejo side by side with the best single-match scorers in the history of this sport. Actually, he is now ranked No.4 on the list! We don’t need to mention he’s a new record holder in the Philippines.

Recall that recently a new Philippine record was set in women’s volleyball as well!

This guy is no mystery when it comes to Philippine volleyball as he was named the Most Valuable Player of the UAAP four times in a row.

See all 55 points of Espejo in a single video!

Also, check out some of his moves earlier this season.