Russian giants Zenit Kazan have just set standards in the European Men’s volleyball so high that there is a slim chance for anyone to top them in the near future! 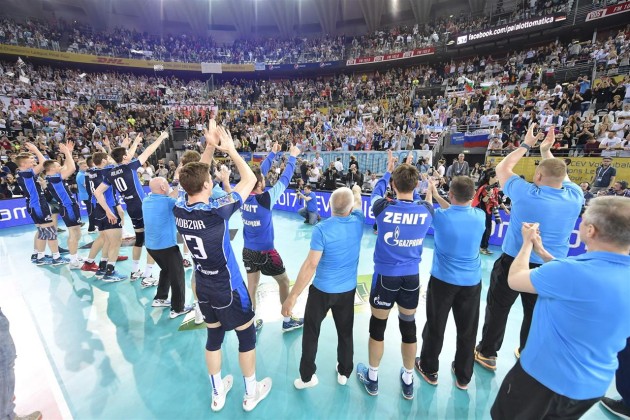 In the history of the CEV Men’s Volleyball Champions League (since the season 2000/2001), no club managed to establish such domination in the tournament like Zenit Kazan established in this year’s edition.

By winning the Champions League trophy in the recent Final Four in Rome, Italy, Zenit Kazan tied one tournament’s record and set a new one. Russian side achieved a hat-trick of gold medals (three gold medals in a row) and placed them side by side with Diatec Trentino who did the same in 2009, 2010 and 2011.

But, Zenit set an unprecedented record regarding the way they took the Champions League trophy in 2017 – by not losing a single game and dropping only two sets throughout all phases – 12-0 (set ratio 36-2)!

By this, the Kazan team broke the record of the compatriots Belogorie Belgorod, who made 12-0 in their 2014 campaign but had the worse set ratio: 36-4. Besides Zenit and Belogorie, there are only two more achievements with no defeat in the Champions League: Italian Trentino in 2009 with 12-0 and 34-5 set ratio and Paris Volley from France in the first edition of the tournament: 9-0 and 27-8 set ratio.

I was in Rome during the final four and I have seen the power of the Zenit Kazan. I agree with the decision of jury to assignee the MVP to Mikcailov because during the two days he had play the most beautiful volley of the tournament. I’m not agree to say that Zenit is the best team. Zenit plays a volley without emotion. Jump high and block high. The team has the most powerful hitters at the moment (anderson, mickailov and Leon) but not an emotional setter.
During a Zenit’s match every volley fans falls in boring sleep. Volley is fantasy, great defense, emotional rally and Zenit is not this. The numbers says that they are the best but the emotion of volley says other.
Zenit is rewriting the tournament history and this is great but ‘volley is another thing!’