Numerous requests for postponement of matches in European volleyball cups this week due to coronavirus outbreak in the continent, more specifically in Italy, has made quite a commotion. 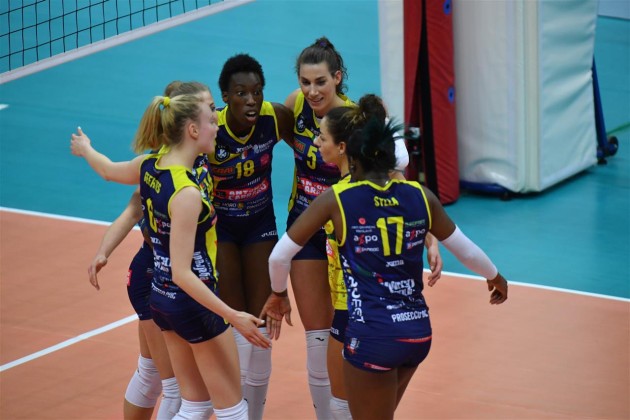 The European Volleyball Confederation (CEV) was forced to react for the second time to numerous requests for postponement and rescheduling of matches in European cups that were to take place this week. After the first announcement, in which it clearly stressed what matches are postponed, more requests for the postponement emerged: from the men’s teams of Jastrzębski Węgiel (Poland) and Fakel Novy Urengoy (Russia), and from women’s team of Allianz MTV Stuttgart (Germany). In view of these requests, the CEV issued the new statement:

“The CEV has been liaising intensively with all relevant parties, reviewing the decisions made by the national authorities of a number of countries and unifying them according to its Regulatory Framework. As a result, with the health and well-being of athletes, officials and fans as its primary concern, the CEV can confirm the re-scheduling of the matches postponed earlier this month due to the escalation of the coronavirus (COVID-19) outbreak in Europe,“ the CEV posted on its website.

The governing body of European volleyball has found a location on which six first legs of the 2020 CEV Champions League quarterfinals, including both competitions, will take place and set dates. The locations is the city of Maribor, Slovenia, and the venue is the Sportna Dvorana Ljudski Vrt – the home of the women’s titleholders OK Nova KBM Branik Maribor. This is the program of the matches:

Furthermore, after a joint decision of both clubs, the rematch of the 2020 CEV Women’s Champions League between Antonio Carraro Imoco Conegliano (ITA) and Allianz MTV Stuttgart (GER) is canceled. A result of the first match in Germany will remain valid (3-0 for Imoco). Thus the Italian titleholders have qualified for the semifinals.

As for the other Champions League matches, they will be played as planned. The rematch between Sir Sicoma Monini Perugia (ITA) and Fakel Novy Urengoy (RUS) as well as between Cucine Lube Civitanova (ITA) and Knack Roeselare (BEL) will be held without spectators.