Volleyball Nations League 2021 to be held in Italy in a secure bubble! 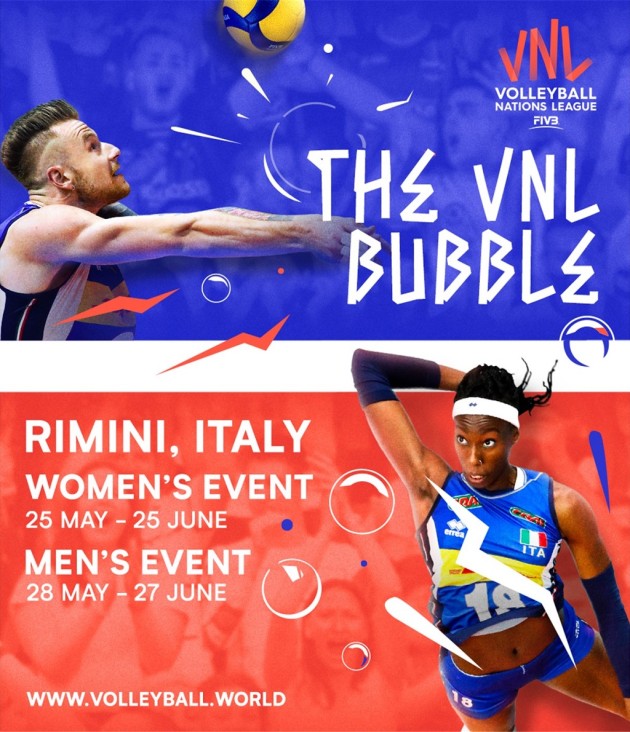 It has been already seen in other sports such as basketball to play in a bubble. The mission is to ensure athletes’ safety where all national teams will show the best volleyball to millions of fans worldwide.

“The secure bubble concept was approved by the VNL Council in January and will see the world’s top women’s and men’s volleyball nations be accommodated and compete in a single secure bubble for the duration of the event. Teams will compete in a round-robin format with a total of 15 matches per team between 25 May and 20 June for the women’s event and 28 May to 23 June for the men’s event. The top four teams per gender, rather than the usual six, will then proceed to the VNL Finals to compete for the ultimate title of VNL champions.

The women’s semi-finals and finals will be held on 24 and 25 June respectively, and the men’s matches will be played on 26 and 27 June. Over the course of 31/32 days, 124 top-level volleyball matches per gender will be played within the secure bubble, with the health and wellbeing of all involved the top priority,” announce FIVB.