Do you love tuning into beach volleyball every time the thrilling summer Olympics rolls around? Click here to find out three interesting facts about the sport. 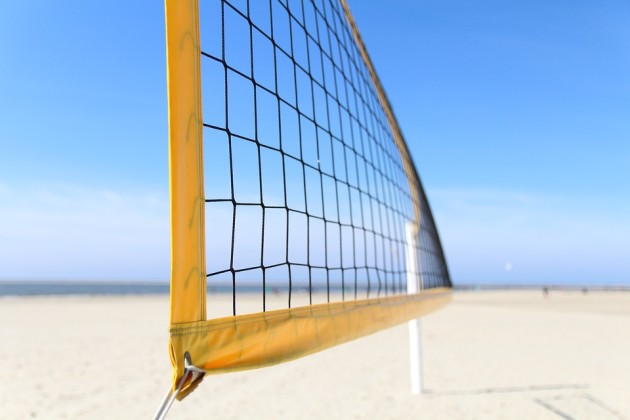 Volleyball has been played for many decades and sportspeople love it because it has so many different varieties. Beach volleyball in particular is played at multiple levels across the globe and the first beach volleyball tournament took place back in 1915 in Hawaii. Despite it being such an old sport, this does not mean it is outdated. People love playing the sport for fun and love engaging with the tournaments. Keep reading to find out three interesting facts about beach volleyball.

The first interesting fact about beach volleyball is that it is a widely loved Olympic sport! It was first introduced in 1992 at the summer Olympic Games and it was not until 1996 that it became an official Olympic sport. Beach volleyball’s debut at the Atlanta Olympic Games showed how competitive the sport can be. At a professional and Olympic level, the teams are generally separated by gender, however, teams can often be mixed-sex too. Some top female beach volleyball medallists at the Olympics over time have been Misty May and Keri Walsh Jennings from the USA, Natalie Cook and Kerri Pottharst from Australia as well as Sandra Pires from Brazil.

The fact that it has recently become an official Olympic sport means that fans love predicting the winner. They often place their bets on sports and betting websites such as NetBet sport as a prime example. Sites such as these allow visitors and clients to navigate the top leagues and see what odds and betting predictions are currently available. As well as engaging with the sport and making predictions about what side of the net will win, individuals love the thrilling nature of the sport as it is played outdoors.

Indoor environments are usually physically controlled, however, playing on a beach poses major restrictions. Beach volleyball is usually played a lot slower as the weather, heat and humidity are unpredictable at best. Playing in the sand takes a lot of practice, but the practice does not necessarily mean that all will be fine and well come the time of the game!

It may be rather obvious, but beach volleyball differs from regular volleyball which is played indoors – this is why beach volleyball is a whole singular sport at the Olympics. Players use a different ball in each environment; they come in different sizes and are developed for different conditions. When indoors, players are usually able to make a quick and sharp shot, whereas on beach terrain, the ball is lighter to withstand different weather conditions. This is much the same for clothing too as beach volleyball players have to wear significantly less clothing than others would when playing indoors. Players are required to play barefoot in the sand. This must be difficult on the hottest of days!

Overall, beach volleyball is a much loved and popular sport across the globe. The players are high earners, especially those who have won top medals at different competitions. Fans love engaging and predicting the winning team too. Do you prefer indoor or beach volleyball more?

CRO W: Božana Butigan is satisfied with the season in Italy and she can’t wait for the #Eurovolleyw

Volleyball Nations League 2021 to be held in Italy in a secure bubble!

Beach volleyball is quite unpredictable given that you are up against the sand and the wind, and everything is up in the air. I love how unpredictable it is!