Construction of volleyball venue at Tokyo Olympics over, official opening in April 2020

Construction of Ariake Arena in which the volleyball tournament will be held at the 2020 Tokyo Olympic Games is over. 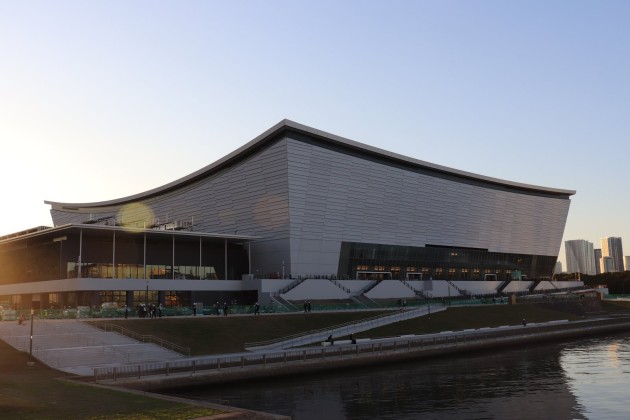 Construction and inspection of a large complex with the sports hall, shopping center and a hotel in Ariake district near Tokyo, is over. Ariake Arena will be officially open in April next year, a few months prior to the beginning of the 2020 Tokyo Olympic Games. The Japanese Volleyball Associations (JVA) will organize an international friendly tournament named “2020 Ariake Arena Volleyball Test Match”. Four national teams in men’s (Japan, Australia, China, and South Korea) and that much in women’s competition (Japan, China, Thailand, and Chinese Taipei) will participate in the event that will start on April 21 and end on April 26.

The complex in which both male and female volleyball tournaments will be played include a shopping center and over 200 restaurants, a music hall that can accommodate 8,000 people, and a theater. A hotel with approximately 750 rooms and a bus terminal connecting airports Haneda and Narita is also constructed. In addition, more than 1,500 condominiums have been built on the south side of the facility, and the nearby building in Olympic Village will be used as a condominium after the tournament.

Marshall – “I would do anything to...