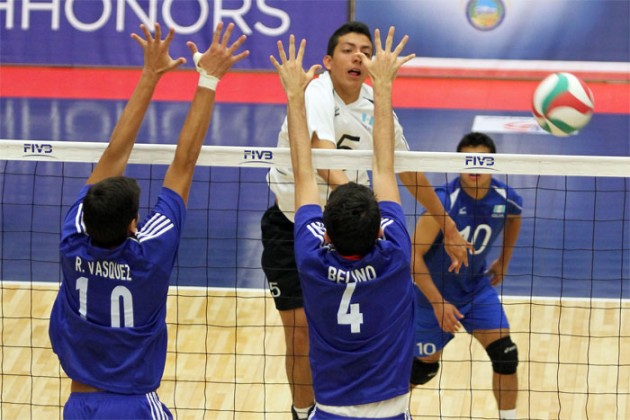 Guatemala’s serve netted a 9-4 margin in aces to compensate for Honduras’ 17-13 advantage in blocks. Guatemala also had a 33-24 margin in digs.

“We are happy for the win”, Guatemala captain Erick Colindres said. “It was our objective to finish fifth place or higher. It was a tough We are happy with the victory. Congratulations to Honduras for a good match. They played well.”

“This was the first match we played five sets, and we went to that instance because the teams are very similar”, Guatemala head coach Jorge Chavez said. “Believe it or not it was a Central America Final, and it is a fact it was a tight game. I am happy with the result because it helps our ranking from seventh place in Canada at the 2010 NORCECA championship. I want to congratulate Honduras for a great match. I am always proud of my players. They play with heart. I hope we have a more competitive team the next time we play.”