Antigua and Barbuda were made to really work when they persevered in the first five-setter (25-16, 14-25, 20-25, 25 -13 and 15-10) against Anguilla in match number five of FIVB Men’s World Championship Qualification Tournament NORCECA Group D. 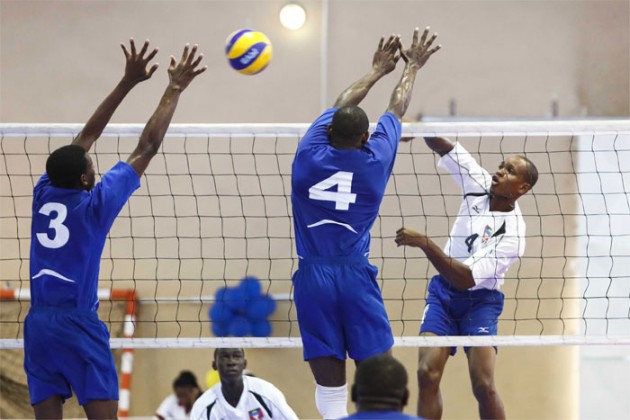 Anguilla found a new hero in Sherwin Richardson who chalked up 26 points which included 16 spikes 6 blocks and 4 service winners. On the other hand Colin Thomas of Antigua had 21 points with 20 of those being spikes as he led the attack for Antigua Barbuda.

Coach Jason Liburd from Anguilla gave the impression that it was yet again a game that they had in their grasp and it got away. We played well enough to get to two sets to one (2-1) and once there we were expecting to finish the match in four. Unfortunately we lost focus and played our worse game of the set in the fourth. Antigua took momentum in that fourth set and from them it was very difficult to get it back,” he reported.

His counterpart Fitzroy Benjamin from Antigua/Barbuda was not surprised that Anguilla had given them a tough time.

“They usually give us a good run because of their style of play, they are much slower and we are more accustomed to a faster pace. Consequently our defense was getting to the net much too early. This is something we have to work on when playing these types of teams Dominica has a similar style and so we have to be careful”, he said. “I also think that we had superior fitness and that account for a lot in the longer version of the game.”