This looks promising, especially for the Polish fans. Their coach wants a medal at the Olympic Games so we bet they couldn't agree more. 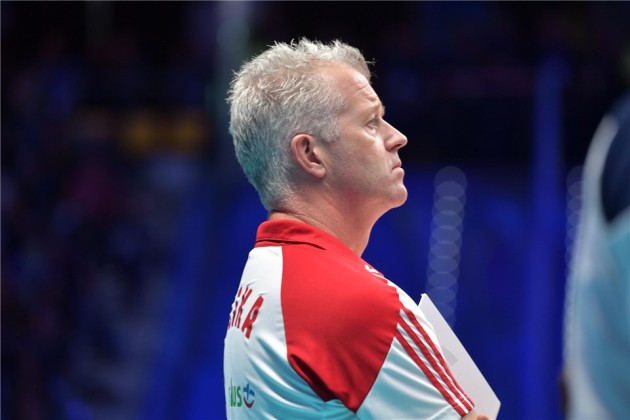 He has spoken about many things in this interview, revealing some interesting stories behind the scenes. Ladies and gents, Vital Heynen is talking about how did he manage to become the World Champion.

More than three weeks have passed after the winning the World Championship with Poland. How do you feel now?

“I could say there is no much difference but it would not be true. It’s different because many people are contacting me, praising me… One of my goals was to try to be a good coach and after winning the World Championship it gives you a feeling that you did something special, something unique. Having your team at the top of the world is a nice feeling. I talked to some of my colleagues and I wish them the same because this is a great feeling. I achieved a really high goal and it makes me only looking forward to my last goal in volleyball – a medal at the Olympic Games. Deep inside I feel that I made something good not only for the Polish volleyball but for the Polish players and for the Polish people, who are amazing and dedicated to volleyball. True volleyball fans I can say. It’s so amazing that I could do it for them,” says Heynen at the beginning of the interview for WorldofVolley.

When you took over the Polish national team, many players needed time to adapt to your system. Have you seen some doubt in the eyes of your players?

“My tactic is – I have an idea and I have a belief, how to do it, with whom to do it. I walk in front and then they follow me. I am not looking for doubt or something, I am looking to lead them, to guide them, that’s my job. I guide players, staff members and so on and we are strongly believing in it. That was the road I set in February, explaining the way which I believed and I went for it because I was so convinced that this way will bring us many good things. For Poland, I was like, this is my way, and from the first day, I did everything to convince them to follow me. It’s normal they looked at it in a strange way at the beginning, but pretty fast I had the team behind me. After two or three weeks I saw that this team believes in my way. After four months, you see the players giving more and more, making a progress.”

Before the start of the World Championship, many people didn’t put Poland among the main favorites. What was your reaction, as it was some kind of underestimation?

“I agree with that. When you take a look at the teams, France, Russia, Italy, USA were the favorites and then came Brazil, Poland, Serbia and maybe Iran and Bulgaria as the host country. I stay with the fact that was a logical explanation about the favorites.”

The first stage went very well for Poland. Five wins out of five matches. Your analysis of this stage?

“Without these four favorites in our Pool, I knew there is a chance to win five matches. We played great against Iran and we survived against Bulgaria, so we won five matches afterwards.”

“In the second stage, we had some problems, mostly because our player Michal Kubiak was sick and I think we were on a good way. We lost against France and Argentina and then we met the Serbian team. They were already qualified and they played the best they can and I think everyone in the sport knows the difference about having a knife on the throat and a game where you want to see where you are at the moment, which is not deciding anything for you. We played an amazing game and won it to reach the Final Six. The expectations were to reach this stage. We were confident about the Final Six.” 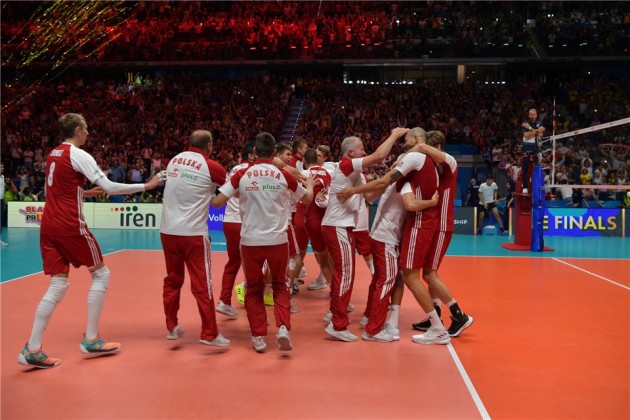 In the third stage, Poland again met the Serbian team and the result was the same as in the second stage of the World Champs. In a decisive game, Poland needed a set against Italy and your team managed to make it. How did you feel after knocking out the hosts from the World Champs?

“I was believing we have a great chance to beat Serbia, even now the things were different compared to the second stage of the World Champs. The decisive game was against Italy. It’s not about winning the set we needed it’s about the way we won it. We had to play against Italy in front of their crowd, everyone was against us, they were hoping Italy will go on and then Poland came and beat them in the first set 25-14. It was an amazing set. The best we played was this one against Italy. Under such pressure and in this situation, we were dominating them and I will choose this set for the most interesting for us at the World Championship. We proved we are a top team under pressure.”

In the semifinals, you defeated the USA and then in the final you smashed Brazil. Both games were difficult, but it seemed you knew everything about Brazil’s playing style since they were powerless in this game?

“USA are a great team. We lost so many times against them before. On that day, we were playing better and that’s it. In that week, USA and Poland were playing the best volleyball. Deep inside I felt the team that wins this game will have the biggest chances to take the championship title. Brazil played without two big players, Lucarelli and Mauricio Borges and on a top level, one player makes a difference and the story about Kubiak confirms it. They missed two top players and I think they made a great result reaching the final with this team. The level of volleyball we showed in that week we knew that we are a better team. At that moment, we were better. Maybe not a day after the final, but at that moment, we got them. So being almost underdog all the way to the champions title was so great.”

Bartosz Kurek was completely a different player compared to the previous season. He was at the high level, confident all the time – how did you manage to “upgrade” Kurek to the new version of himself?

“As I said, I believe in my players. That’s the only thing I did. All the work he did was great. Kurek was working like hell, listening to my comments, we were sometimes discussing it but that’s the way you build something. He was doing all the work and he accepted my advice and not only mine but from the whole team. He was not the star player, he was a member of the team and valuable like the others. It was a great feeling for him also knowing that we are behind him, helping, building up his confidence. He is a great player.” 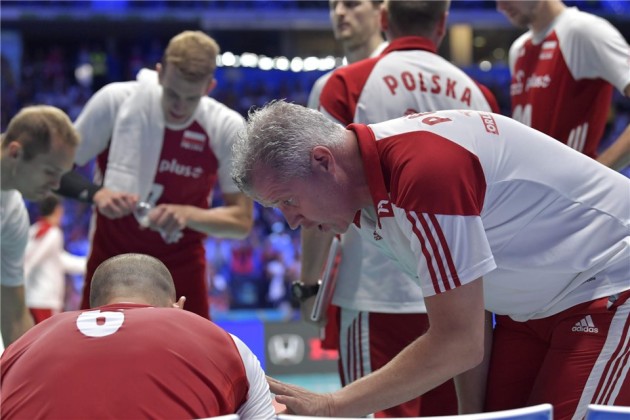 Of course, the other players were also at the high level, led by the captain Michal Kubiak. What did you tell them in the locker room after retaining the gold?

“My speech from the locker room was on television somewhere I must say I am not sure I’m going to remember all of the words. With the title, Poland was a real team. If you ask the players, they have the same feeling. It was good to be a team.  The most important player was Damian Wojtaszek, he was not on the court almost, but supporting the team in a hundred different ways… When Kubiak was sick, Damian was the guy who fed him, bringing the soup, taking care of him so he could rest. They were sacrificing a lot for each other. That was a great feeling to be a coach of this team. I told them that I enjoyed their performance and of course, it was a moment for a big celebration. Usually, when you win the World Championship, it’s time to celebrate,” laughs Vital Heynen.

As of the next season, Wilfredo Leon will be available to your team. Do you think that the Cuban-born player will have a huge impact on the team?

“Leon was already practicing with us in August and he is a part of the team and will be a part of the team next year. Like every player, he had an impact on the team. We only want to get better and he gives us the feeling that he wants to help to make the team better.”

What’re your plans for the future? Are you planning to include more young players to the national team, as you” did with Jakub Kochanowski, your secret weapon during the World Champs?

“What are my plans? Walking” – laughs Heynen again and adds – “Getting in shape again. That’s my plans for myself. I need reach better shape to give more energy to my players in Friedrichshafen. About next year, we have a lot of good players in Poland, some young players will come, it’s going to be a mixture of young and experienced. Future looks o.k,” finishes Vital Heynen.

It was a good conclusion of the interview. The future is bright for the Polish volleyball. Now, there are some new challenges in front of Heynen since he is the head coach of the German Friedrichshafen.

In the first three rounds, his team has three wins with a 9-0 set ratio.

FRA W: Nantes down reigning champions in the tie-break!