This is the time when the clubs are making a summary of the first half of the season. That’s also the case with THY (Turkish Airlines Club), that are competing in the Turkish Sultans League. 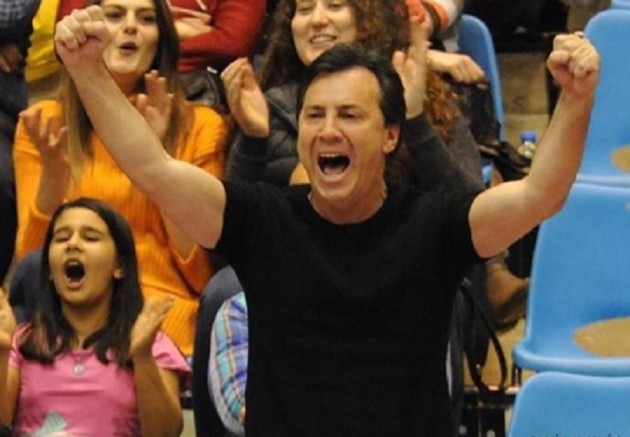 Ramazan Yildirim, the general secretary of the Turkish Airlines club, has summarized the first half of the season for WorldofVolley.

THY are currently in the sixth place in Sultans League. How would you rate the performances of the team so far this season?

„Our team was founded 3 years ago. Thanks to our clubs president, CEO of Turkish Airlines, Mr. Ilker Aycı, he is a great sports fan and likes volleyball. In 3 years we have reached the level to compete in the Sultans League. So far I’m satisfied with our general performance. We finished the first half of the season at 6th place.“

Is everything going as you planned?

„Everything is going in our planned direction. Half of our roaster is from last year’s Champion team and other half is more experienced players which we added this year to our rotation. Our target is to finish the league in a place to attend European Cups. We believe we have this potential.“

How far THY can go in this season?

„Although we are new in the league, I believe we have the capacity to complete the season on top 4.“

How does it feel like to play in the elite league against the strong teams such as Eczacibasi, Vakifbank, Galatasaray, Fenerbahce…?

„Sultans League is one of the best leagues in the World .. Playing against strong teams is fun and also improving us…“

Have you noticed what Thy needs to make to be better than these mentioned teams?

„It needs time, money and patience. We are in the process of creating a strong youth setup. THY is financially capable of getting any player in the world. But it’s not our priority. Instead of buying the best players in the world, we prefer giving chance to our own ones to become World-known names. Our mission is to serve the volleyball world by creating new values and new stars. For example, our libero Berin Yıldırım started wearing our jersey at the age of 17, when the team was in 3rd Division. Last year she had a big role in our champion team and this year she was selected “Best Libero” in the first half of Sultans League. This kind of improvements give us hope about our mission to create new values,“ explains Ramazan Yildirim for WordofVolley.