INTERVIEW: Tuğba Şenoğlu – “I aim to be a player like Gözde Kırdar”

A lot of young volleyball players would like to play in Vakifbank, especially under the guidance of Giovanni Guidetti. 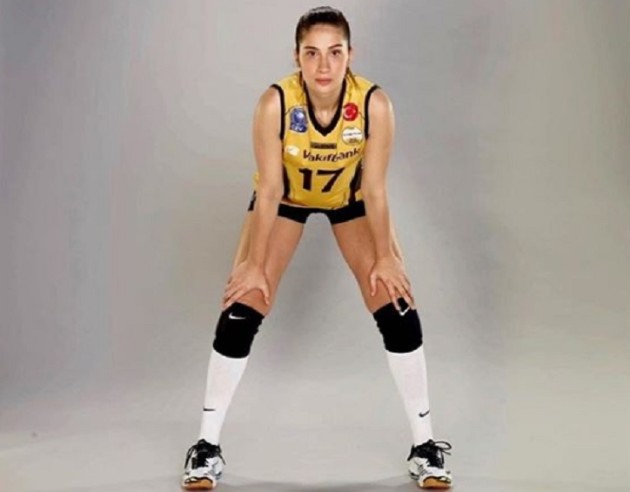 Of course, only several them have an opportunity to practice with the world volleyball star and to gain the experience. One of them that has the privilege to play in Vakifbank is 20-year old Tuğba Şenoğlu.

We made an interview with the young volleyball player and she had some interesting answers.

How does it feel like to be a member of VakifBank?

How would you rate the performances of VakifBank so far this season?

“At the beginning of the season, we won the world’s greatest trophy for the third time. We’re the only club in the world that accomplished this task. We also managed to win these three championship titles as undefeated. This season we finish the CEV Volleyball Champions League at 3rd place, but I think we’ve made an outstanding performance as a team in our last game. It was a challenge until the last moment that we are proud of. We’re going to play in Turkish League Finals. At the end of the season, we want to reach our championship goal.”

You are playing at the position of outside hitter. It seems you can learn much from the experienced teammates?

“The best example I can give for this question is Kelsey Robinson. She is a real professional… I’m trying to learn a lot from Kelsey about volleyball and social life. We’re always in touch with her. She helps me a lot. Actually, we’re always helping each other with our teammates, but since we are playing the same position as Kelsey, I get more support from her.”

Since you are at the early stage of your career, where do you see yourself in five years?

How important is for a young player to play in such team like VakifBank?

“First of all, I think I’m lucky. We have a very young team this year. We are lucky to be working with Giovanni Guidetti and his team. For players that rose from the youth team; Zehra, Ebrar, Buket, Derya, Ayça and me, it is a great opportunity to get a chance to play in VakifBank.”

What are your goals in volleyball?

“I aim to be a player like Gözde Kırdar Kelsey Robinson and Jordan Larson. I also have a big dream to play at the Olympic Games, to represent my country playing in the national team jersey.”

ITA W: Imoco launch themselves to 4th ever playoff finals