INTERVIEW: Vasja Samec for WoV – „Coaches should more think about how to teach the players“

Vasja Samec, after having a good season in the Slovenian team Geni Volley, has left the team and he is in pursuit of a new adventure. 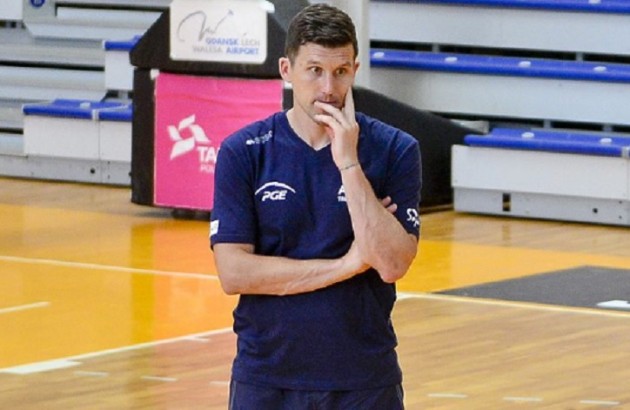 After spending one year in GENi Volley, you are leaving. How would you rate the season 2018/2019?

„This year was complicated, intense and full of positive and also negative moments. Being in the Challenge Cup semifinals against the Turkish team Aydin, and have a good chance to beat them, was the best club success in Slovenian women’s club volleyball. Loosing in final the 5th game against Maribor, after 3 players were injured last month, one of them the first setter, I think is not a defeat. Maybe being first after the regular season, everybody expects us to win, but this is a sport… The only negative moment, went out in the national Cup semifinals, but building a good team from almost nothing, is not an easy thing the first season.  I will rate the season with the number eight out of ten.“

Why did you decide to leave?

„My vision was to build a constant winning team, but that was not the case like the club owners. So, I let them free to decide, as the owners should do.“

You’ve been working in a few European countries in the previous 5 years, including Poland and Italy. What does the Slovenian league need to improve to reach these leagues?

„I had the opportunity to work in other leagues it always can open your mind in a lot of directions. In Poland, maybe the league was not soo strong, but we had a very good team, reaching the final in the CEV Cup, and next season final six of the champions league. In Italy, the league was very strong, and being 6-st in the regular season was a great success… I think they should open the league for 4 foreign players because we miss quality. The second thing is that coaches should more think about how to teach players, not just win for any price.“

Have you noticed some talents in Slovenia?

„In Slovenia now we have 4-5 promising players. It makes me sad, when I see players’ parents before signing a contract, firstly asking about money, not the intensity of practice, or who is the coach. Talents yes, but much more important is the level of practice.“

What is the situation regarding the young volleyball players in this country?

„I think, the youngsters in Slovenia, because missing the experienced players, are getting a lot of opportunities. Sometimes they are not aware of this… but I think is a nice perspective in front of us.

What would be your next career move, where would you like to coach?

„About my next step, I don’t think soo much towards the direction. I visited almost all countries and didn’t find any obstacles to work anywhere. Sure, the highest level now is Italy and Turkey, Russia, France, Germany, Poland and Romania have good leagues too, Hungary has grown so much their level,  Greek league is growing again, Serbia have good teams with almost only young players…. for me, everywhere is a good destination.“

If you had a chance to choose one volleyball player in the world for your team, which one you would choose?

„I think Tijana Boskovic or Zhu Thing is the player that any coach in this period like to have in his team.“

I would like to ask Mr. Samec what does he mean with ‘teaching’? What does he know about teach technic/tactics? Where on his team game do I look for changes from the beginning of the season last season? It’s very simple to operate with big words out of the gym and interviews as this one. To be able to teach you need to understand what teaching is?