Maksim Mikhaylov and Zenit-Kazan are inseparable for 11 years and will continue going hand in hand for, at least, one more volleyball season. 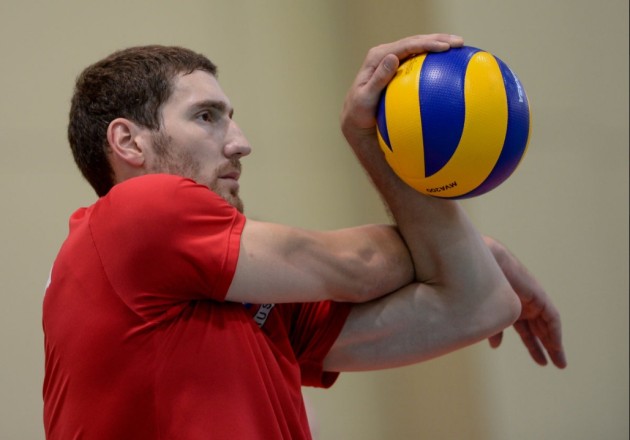 Mikhaylov’s loyalty to Zenit-Kazan has never been questioned, not even when he was sacrificed with the change of position in the team last season. ‘Mad Max’ clinched so many trophies (actually 27 major trophies) with the Tatarstan giants and he doesn’t want to stop there. Extending the contract with Zenit was a clear sign that Mikhaylov still has an appetite to fight for the club, which he confirmed in an interview for our website.

Did you easily make the decision to extend your contract with Zenit or did you have any dilemmas about it?

“It’s always difficult to make a decision about the future. I know everything and everyone in this club. But more important is that the club sets high goals and I will have a chance to fight for the titles.”

You have been at Zenit for more than a decade. How does it feel to be a part of such a magnificent system for so long?

“It’s amazing… For me, Zenit is like a family and I’m so happy to be a part of this team.”

Do you have enough challenges even after so much time spent in the same club, and what would you like to accomplish with Zenit that you haven’t accomplished before?

“I won a lot of titles with Zenit but it is history now. New tournaments are new challenges for me.”

Is there any truth in rumors that you had offers to play abroad next season, primarily in Italy?

“Yes, I had some offers to play abroad, and one of them was from Italy.”

Given that you haven’t played outside of Russia at the club level in your rich career, would you like to play abroad at some point?

“I’m happy in Russia. Our championship is strong and I have the opportunity to improve my skills and grow, which is especially important to me. Perhaps I will try to play abroad in the future…”

At the end of last year and the beginning of this year, Zenit had a result crisis that hasn’t happened to the club for years. What do you think was the main reason for so many defeats in a row?

“It was the worst time in my career in Zenit, but this is the sport and sometimes there are failures. In my opinion, we had some problems inside our team. We didn’t play as a team in difficult situations, didn’t help each other enough…”

Do you think that the crisis is definitely behind you and that it won’t happen to your team again this season?

“I want to believe that the crisis is behind us and it won’t happen again.”

You sacrificed yourself for the club last season. You agreed to something that a player of your reputation would rarely agree to – you changed your position in the team. How hard was that for you?

“It wasn’t hard for me to make this decision because I believed that we would stay strong and I am willing to sacrifice for the sake of the result.”

How far can Zenit go this season, both in the Russian Championship and in the Champions League?

“I don’t like guessing, we just need to do our best in every game.”

Although the club season is still far from over, how big are Russia’s chances of winning the medal in the Tokyo Olympics?

“We have the same chances as other teams. It’s important to be ready to fight…”

Roeselare and Asterix put 14th Belgian Cup each in their showcases

Clubs from Belarus to compete in Russian...