One of the best volleyball players in the world Jovana Brakočević Canzian said exclusively for WorldofVolley that this World Championship in Italy was her last competition in the jersey of the Serbian national team. 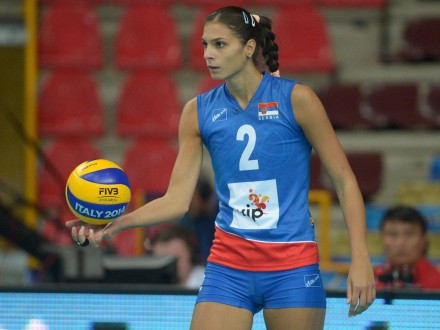 Serbia has ended on the seventh place at the World Championship in Italy.

After all, what can you say about this World Championship?

“I do not know if we could have played better, but we gave our best. We lacked the courage against the stronger opponents. That’s our lesson for the future.”

Everybody was surprised because you did not play. Why?

“That question you have to ask our coach. He decided who will play and who will not. I was available, my shoulder was good. I was not 100% ready but I could help. As I said, I was ready and the coach was able to put me into the game, why he did not do that, I do not know.”

Tijana Bošković was a good replacement?

“Tijana is a great talent who showed a lot at this World Championship. She will be a quality player. She has played relaxed and she did her part of the job very well. I wish her all the best in future career.” 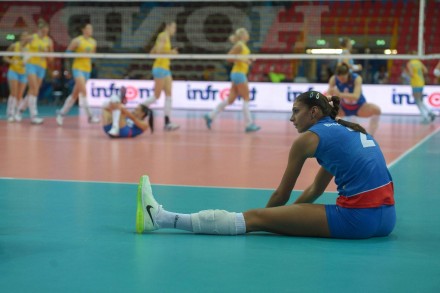 Is it too early to talk about next action of the Serbian national team and will you play for Serbia in the next season?

“It’s not early because I’m feeling tired of national team for some time. The question is not about the love of the jersey or the country, it’s always a great pleasure and honor to play for the national team, but this is much bigger. Unfortunately, it’s like tilting at windmills with a constant disappointment. So I’m not sure if I am mentally able to continue to fight for those things that are pointless.”

Who will play in the finals of the World Championship 2014?

“Brazil, for sure. They are very motivated to win the gold medal. The second finalists will be USA or China because I think that the others are not in top form.”

WCH W: Full schedule of Round 3

Zoran Terzic needs to be fired. He clearly has personal issues with his players. Tijana is amazing and did a unbelievable job. But she joined the group just weeks before and the group had not enough time with her. And why did Nikolic was a starter in the 2nd round? She played really poor and Serbia lost because of her errs, and she was never replaced? Brakocevic stays and the coach goes..

EXCLUSIVE FOR WoV: Toksoy-Guidetti – “I hope...