Dick Kooy for WoV on Ankara bomb attack: „It’s a difficult situation, but we feel safe“

February 17 was a tragic day for Ankara and Turkey. Horrific bomb attack struck the Turkish capital leaving at least 28 people dead and 61 injured. In the same day, a big derby of the CEV Champions League Playoffs 12 was played there, Halkbank – DHL Modena. Volleyball fans around the world were concerned about the safety of players of both teams. 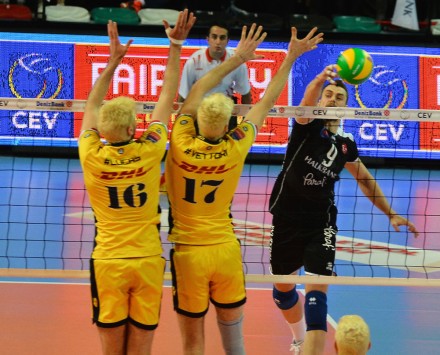 Fortunatelly, the game was held normally thanks to great organization of the host team Halkbank, but we contacted one of their players, the Dutch Dick Kooy, to find out how did he and his teammates react to bomb attack.

„We are OK. We went home and everybody are safe. Thanks for asking,“ Kooy said for our website after huge win of his team.

Was bomb attack close to the gymnasium where the game was held?

„No… It was near the parliament, far from us,“ Kooy announced good news for all volleyball fans.

Are you afraid of some future attacks? Do you generally feel safe there?

„I feel safe here. We live in a safe area and, generally, there is a lot of security in this city. Hotels and shopping malls are all equiped with metal detectors for people and cars… but, of course, it’s a difficult situation…“ the Dutch receiver/outside hitter from Halkbank concluded.

As all Turkish and worldwide media published yesterday, a vehicle full of explosives was detonated in the heart of Ankara as military buses were passing by.