POL M: Aleksandar Atanasijevic – We start the season in a good mood 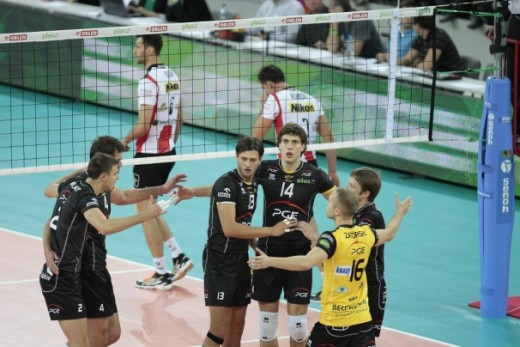 – You won the first trophy of the season. It was a little revenge on Resovia after the failure in the previous final?

– First of all we are very happy to have picked up a prestigious trophy and we started the season in a good mood. For our club it was very important, because we never won the Super Cup. Our goal is to try to win the Polish championship, Polish Cup and give our best in the Champions League.

– You changed a lot of players compared to the previous season, but you played well?

– In fact, we have a different team. Our goals are, however, unchanged, and I think that we are able to win the Polish championship. If we play well, with the right attitude, confidence and energy, we can defeat any opponent, not only in Plus League, but also in the Champions League.

– You will be the primary attacker of the team?

– I am very happy to have the chance to play in such a strong and reputable club, which is PGE Skra. In the Super Cup match, but I really wanted us to win in this match and I’m glad that we were able to do so. I hope this starts our winning streak this season.

Quinta Steenbergen: “I have advantage over Denis...