One of the Women’s volleyball players that made the most impressive improvement in the past couple of years, Serbian Tijana Bošković, spoke for the WorldofVolley about her personal expectations and expectations of her national team in the Final Six of the 2017 FIVB World Grand Prix, which will be held in Nanjing, China (on August 2-4). 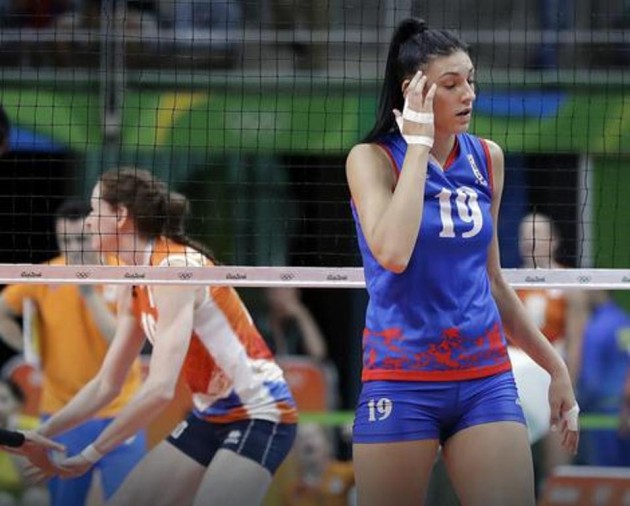 Firstly, the young opposite gave a comment on Serbia’s rivals in the pool.

„As it is known, we’ll play with Italy and the USA in the pool. They’re strong rivals who played well from the start of the Grand Prix. It won’t be easy since both teams came here aiming high and they won’t give up until the very end. So, it will be very interesting playing with them,“ Bošković stated for our website.

Which team is the main favorite to win the gold medal?

„It’s early to talk about who will win the Grand Prix. As far as we’re concerned, we will go step by step. Now, we’re focused on the match with the USA.“

Is the silver medal that Serbia won in the 2016 Rio Olympics a burden to you and your teammates as everyone now expects you to continue playing on a high level?

„I think it’s not a burden as our group is similar to the one from last year, containing many young players that were part of the team earlier and still are part of the team as well. There’s certainly some kind of obligation to our fans after we won the silver medal in the Rio Olympics to play the best we can but it’s definitely not a burden to us.“

Serbian National Team underwent a major change of generation. How do you manage to keep playing on a high level?

„Comparing to the last year, there are several changes but the group is quite similar. That probably explains the fact we play and function well.“

You gained a lot of popularity in recent years. How do you handle it?

„I’m glad people love me and respect me, especially here in China where many girls, not only me, have a lot of fans. Of course, I adore volleyball and I feel good about the fame I gained,“ Bošković concluded.

EXCLUSIVE FOR WoV: Zbigniew Bartman – „I...