SRB M: Zatrić for WoV – “We’ve been mentally ready for this since February”

Knowing the fact this is only their fourth-ever season in the Serbian men’s volleyball championship Superliga, and fourth in a row, advancing to the playoff finals may be considered a huge success for Novi Pazar. 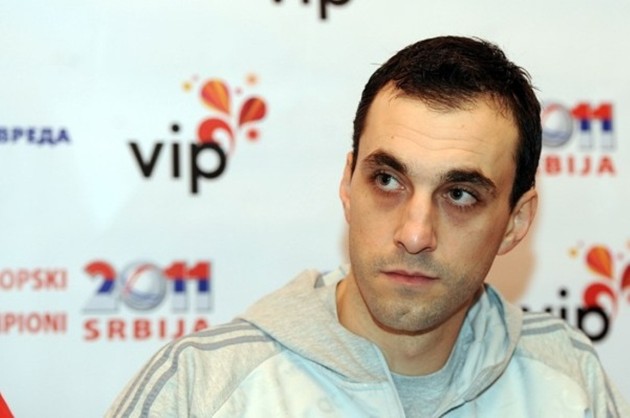 In these four seasons of playing an elite men’s volleyball competition in Serbia, they already have two gold medals, both in the national cup, on their account. Winning the 2017/18 championship would be an icing on a cake for Novi Pazar. Their coach Hamza Zatrić shared his point of view on the upcoming playoff finals against the defending champs Vojvodina NS Seme Novi Sad, whose Game 1 is scheduled for April 5.

What may be the main difference between the games that you will play against Vojvodina in the finals compared to those you played earlier in the season?

„The only difference may be that these games in the finals will be mentally more difficult. The previous games that we played against each other were in a different type of tournament, in which you can allow yourself to do calculations. Now, there’s no room for mistakes. Unlike Vojvodina, who are in the top, we’re younger in terms of playing Superliga but we definitely have a team that is capable of playing against the strongest opponents. We aren’t going to Novi Sad on a picnic, we are going to try to win at least one game.“

What do you think of the rivals, and who are their key players?

„Vojvodina have the most complete roster in the league. They have players in each position in the team that can make a turnaround in the play which, basically, isn’t the case with us. They have great outside hitters, including an experienced Vemić and Mehić and Kujundžić, who were on the preliminary list of Serbia national team. They’re valuable and represent the future of volleyball in the country.“

Will the home court advantage have an influence on the outcome of the series?

„It will influence a lot because all teams play better at their home court and it isn’t only because of a crowd but also because it’s a familiar surrounding in which they train. Our fans grow by each year and become a true volleyball audience that makes a strong connection with the players, and they feel it. Our fans are a key factor to move us when we’re down.“

How much a two-week break after the semifinals affected your team?

„On the one hand, it wasn’t ideal, but on the other hand, it was good, especially for my team knowing mostly 5 or 6 players carried the season from the start. We had problems with injuries. For instance, Radosavljević was doubtful for the playoffs. Somehow, we managed to finish quarterfinals and semifinals in a good rhythm.“

At what level is the physical and mental readiness of your players at the moment?

„We’ve been mentally ready for this part of the season since February. Everything we’ve done, we did to be ready for this period. So, we’re at our best both physically and mentally.“

You club fights for the title for the first time ever. Do you feel the pressure of winning the trophy?

„The goal that we set to ourselves at the beginning of the season is fulfilled. We defended the trophy in the national cup and advanced to the playoff finals. So, we achieved main goals that our management put in front of us. Looking from this perspective, we don’t have the pressure to must win something. But, the players have the pressure because they’ve been working hard for this for 8 months and they need to show their best now.“

Check out how Vojvodina coach Nedžad Osmankač answered to the same set of questions.