World Grand Prix review – Will USA become first to make it four in a row?

As part of an end-of-year review series, the FIVB takes a look at USA's recent three-peat in the World Grand Prix and whether they could become the first country to make it four titles on the trot. Brazil has four titles, Netherlands defeated them in 2007. 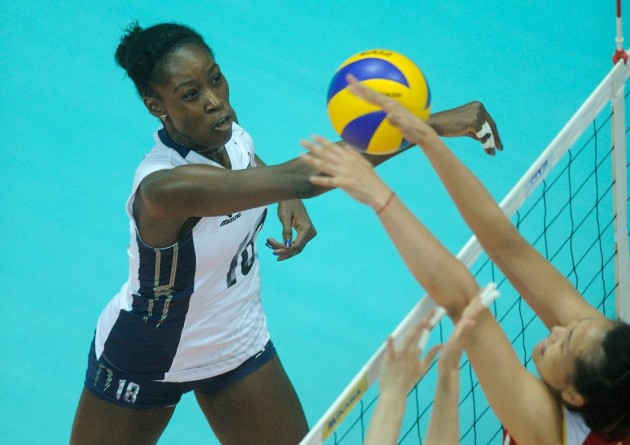 While Poland were breaking new ground with their first ever win in the FIVB World League, old foes USA and Brazil were once again fighting for supremacy in the FIVB World Grand Prix. Brazil were hoping desperately to stop USA winning the title for the third straight year in the run-up to the Olympic Games in London.

The 20th edition of the FIVB‘s premier annual women’s tournament saw the world No. 1 Americans strengthen their grip on the tournament, taking their third crown in as many years and leaving Brazil with a third straight silver following USA’s five consecutive wins in the round-robin finals in Ningbo, China. While many teams had one eye on the Olympics, USA coach Hugh McCutcheon’s blend of youth and experience proved to be the winning combination. MVP Megan Hodge, 23, was in devastating form as she also picked up the Best Scorer prize and the Americans went through the tournament unbeaten.

It is an impressive record for a country which had previously only won four World Grand Prix medals, including two gold in 1995 and 2001. Since McCutcheon, who won gold in Beijing with the US men’s team, took over in 2009, the mighty Stars n Stripes immediately challenged Brazil‘s superiority.

Now they sit on the verge of a record-breaking fourth successive World Grand Prix title. Brazil is the only other country to have won three in a row (2004-2006) with the Netherlands‘ triumph in 2007  splitting Brazil’s run of five titles.

Brazil have been far and away the most dominate side in this competition. Their medal tally of 14 – eight titles, five silver medals and a bronze – is four ahead of Russia – three gold, four silver and three bronze – and six ahead of Cuba – two gold, four silver and two bronze – and China – one gold, four silver and three bronze. Although the latter teams haven’t fared so well in recent years. China’s best result since finishing second in 2007 was fourth in 2010, Cuba have two non-appearances, an 11th and a sixth last year since finishing second in 2008 while Russia have only featured in the competition every odd year since 2007.

Can USA make it a record fourth in a row? That’s the big question. McCutcheon stood down following London to be replaced by FIVB Player of the 20th Century Karch Kiraly, his assistant coach for the last Olympic cyle, and with the United States traditionally focusing on the four-year Olympic period one might expect a new look American team next year. Definitely a chance to blood new players but in saying that, USA’s stars such as Destinee Hooker, Foluke Akinradewo and Megan Hodge are still under 27.

With the top two positions remaining unchanged for the third straight year, one of the most exciting developments in 2012 were the results of teams further down the standings, especially just below the top two.

Turkey claimed their first ever FIVB medal by finishing third, finally grabbing something tangible to support their claim as one of the world’s up-and-coming teams. The only teams to beat Turkey in the Final Round were USA and Brazil, and they lost only twice (to Germany and Cuba) in the Preliminary Round. Neslihan Darnel was named Best Server in the tournament, but she was much more than that, pushing her team forward with power and skill and providing brilliant leadership on court. Showing that Turkey are not a one-woman team, Gulden Kayalar picked up the Best Receiver award, Aydemir Naz was the second-best setter, Ozsoy Neriman the third-best spiker and Darnel the third-highest scorer. Turkey have definitely arrived.

Right behind them, Thailand also impressed in so many ways. Coach Kiattipong Radchatagrienkai was constantly praised by his peers and rightly so. He has nurtured his players over the years to the point where they are now a team to be feared. Despite a lack of height, the power of attackers such as Onuma Sittirak and Malika Kanthong have stunned higher-ranked teams, while setter Nootsara Tomkom has quietly established herself as one of the best in the world and deservedly picked up the Best Setter honour with dominating stats. Meanwhile, Sittirak was the second-highest scorer behind Hodge in the Finals, with three other Thais second best in individual categories.

It all adds up to what will be an exciting 2013 World Grand Prix, especially with a record 20 teams – including world champions Russia– participating. Will USA make it a four-peat or will we have a new World Grand Prix champion outside of the six teams who have done so to date? We look forward to August next year to find out.

Season’s greetings from the FIVB President

Play until the ball falls (VIDEO)