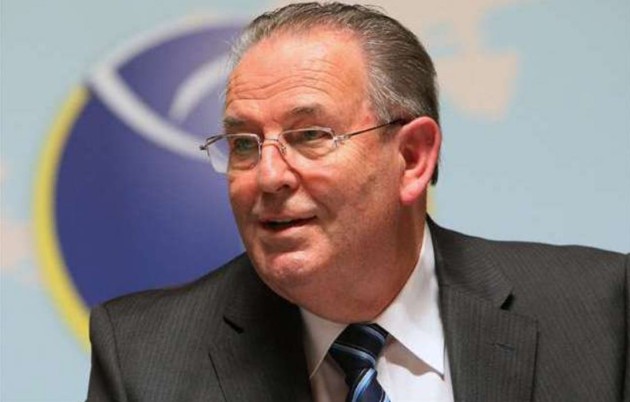 “By this time of the year, we can draw a line by reviewing twelve memorable months for Europe’s Volleyball family” says CEV President André Meyer a few days before the usual Christmas break. “Our sport does not stop its development and growth; and this is particularly remarkable as our society is still being confronted by the effects of a large-scale financial crisis”.

The year 2012 is approaching to its end and the CEV President feels there are many positives to be taken from the past months. “Any Olympic year is special but this time we can proudly recall the tremendous success of London 2012 where Volleyball and Beach Volleyball turned into a sort of mass festival whereby thousands of fans got the opportunity to enjoy, sometimes for the first time in their lives, the appeal and flavor of our sport. Europe stood out in every sense there: Russia claimed back that much desired Olympic crown after 32 years and a European pair was finally standing on top of the podium at the end of a fabulous Beach Volleyball tournament in the iconic venue of Horse Guards Parade” stresses Mr. Meyer.

Even though the Olympics were definitely the absolute peak and climax of this season, still there is much more that Europe can be proud of. “The European Cups maintain all their appeal and we were also able to expand the starting field of the CEV Volleyball Champions League” says the CEV President. “Our efforts are devoted to bring elite Volleyball closer to as many people as possible. Beach Volleyball has gone through a splendid summer season whose absolute highlight was contributed by the European Championship Final in The Hague. That was truly a world-class event that has set the tone for the next editions to follow and that will have to keep up that same quality and high standards. Via the various age group Championships we have seen that the next generation of Volleyball and Beach Volleyball stars is gradually taking its shape and that Europe is hence going to enjoy good perspectives also for the next Olympic quadrennial”.

The CEV successfully staged its annual General Assembly in Luxembourg and there a sense of unity and cohesion was to be perceived as the representatives of the various Federations were brought together once more by the same passion for the sport and the ambition to contribute to its growth and development also in the years to come.

“The year 2012 is coming to an end but we certainly do not want to rest on our laurels” points out Mr. Meyer. “We have very busy months ahead and 2013 shall help us make another step forward in our ambitious plans to make Volleyball and Beach Volleyball more popular, attractive and also to guarantee their long-term, sustainable development. The final rounds of the European Champs will be the major highlight coming up next year but we have much more to offer to our fans, starting with the last and deciding phase of all European Cups, the first qualifying round along the way to the 2014 FIVB World Championships, and a hopefully busy summer with various Beach Volleyball tournaments”.

“However, one of the real joys of the approaching holiday season is also the opportunity to say “thank you” to all those who have been working closely with our Confederation in the past weeks and months” concludes Meyer. “As I express my gratitude to all National Federations and clubs as well as to our sponsors and partners for their valuable contribution and support, I do wish a quiet and pleasant Christmas time to all of our fans, hoping to see many of you around for the Volleyball and Beach Volleyball fiestas that we will celebrate in 2013”.

World Grand Prix review – Will USA become first to make it four in a row?