The first weekend of the 2013 World Grand Prix Preliminary Round is set to start this weekend with a match between two giants of the sport – Brazil and USA – in Campinas, Brazil on August 4. 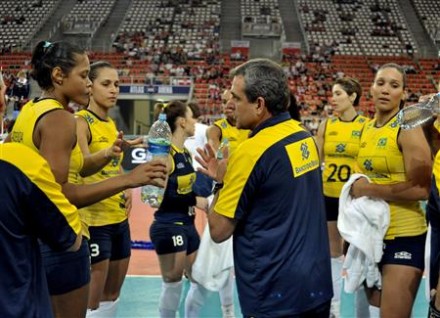 It is a contest which spectators have come to expect, as the gold medal match over the past three years has featured these two teams. On each of these occasions USA came out on top, with record winners Brazil having to settle for second place.However, the South Americans, ranked second in the world, have shown some signs of a comeback with a 3-1 victory in the 2012 Olympic final against world No. 1 USA. No doubt, Brazil are determined to take matters into their own hands and regain their World Grand Prix title this year.

This year sees a record 20 teams competing in the traditional showdown between the top women’s teams in the world.

The opening weekend marks the start of three weeks of preliminary round action, during which 90 matches will be played, with the top five teams progressing to the Finals. Hosts Japan are guaranteed a place in the World Grand Prix Finals, which returns to the country for the first time since 2009 and which will be held in Sapporo from August 28 to September 1.

As such, the opening weekend sees in action the USA, Brazil and Russia, three teams that have won 16 out of 20 World Grand Prix tournaments between them. “We are at the start of a new Olympic cycle, so the pack will be reshuffled,” said Brazilian coach Ze Roberto. “Our group in Campinas is complicated. All the teams are potential Grand Prix winners. These are exactly the kind of matches we need.”

“King Karch” Kiraly, who won Olympic gold in the hall in 1984 and 1988, and added a third gold medal in beach volleyball in 1996, has taken over from former coach Hugh McCutcheon. The team is, however, missing many of its top performers from last year, including Destinee Hooker, Megan Hodge, Logan Tom and Tayyiba Haneef-Park.  For Russia, former team leaders and world stars Ekaterina Gamova and Lioubov Sokolova are no longer in the line-up and there is a new coach at the helm. Dynamo Krasnodar coach Yuri Marichev who now leads Russia’s women’s team.

Millions of fans all over the world, watching live in the arenas and on TV, will be treated to action-packed matches at the start of a month of pure volleyball entertainment.