Ivan Miljkovic: 11 games in 15 days is not good for players

World Cup is over. Serbia won the last match with USA 3:0. Ivan Miljkovic is happy that his team won the last game, but very tired after the tournament. 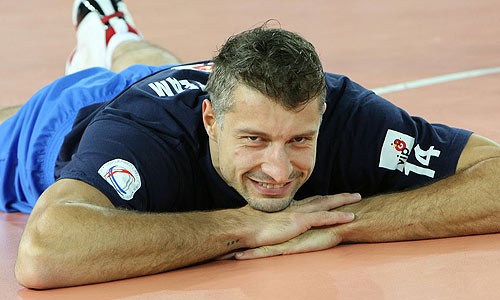 “Well although it was the last game I’m proud of my guys tonight, and I’m glad no one got injured during this tournament. It’s always inspiring to play the USA we tried our best and I think we did well serving tonight“, said Serbian captain

“Regarding this tournament, one day I hope somebody will realize that 11 matches in 15 days are good for somebody, but it’s not good for the players. I think people in the coming year will understand that this is one of most difficult tournaments. And I appeal to someone to realize this because some players are going to get injured for sure“, added Ivan Miljkovic after the World Cup.

Bernardo Rezende: We are happy that we go to London

EXCLUSIVE FOR WoV – Kelly Murphy about...

Federico Pereyra for WoV – “I will...