Volleyball entered the Olympic arena for the third time in Munich in 1972, and for the Japanese men it was a case of third time lucky. Following their bronze medal in 1964 they won silver in 1968. Now the question was, could their talismanic coach Yasutaka Matsudaira finally lead them to the very top of the Olympic podium? 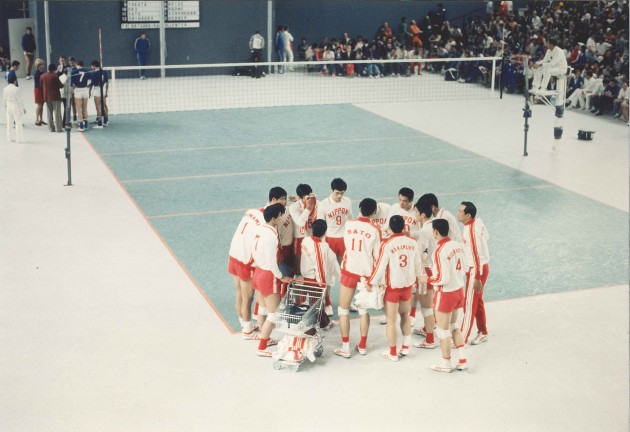 Munich sweet and sour for Japan

Inspired by the magical hands of playmaker Katsutoshi Nekoda, they moved smoothly through to the semifinals. There, however, Japan went 0-2 down in sets to Bulgaria. However, the Japanese clawed their way back into the match and eventually won it 3-2 after three hours and 40 minutes.

In the final against GDR, surprise winners over two-time Olympic champions USSR in the other semifinal, Japan again fell behind but this time only by one set and they swept past their opponents to take the gold 3-1 (11-15, 15-2, 15-10, 15-10). In the contest for third place the Bulgarian team lost more decisively than expected after the great show they had put up against the Japanese, the Soviets running out 3-0 (15-11, 15-8, 15-13) winners.

The women’s competition ended as the previous two Oympics had, in a showdown between USSR and Japan, Japan having won in 1964 and USSR in 1968. This time there was no more than a hair’s breadth between them in a spectacular final which pitted the agile and super-speedy Japanese against the powerful and service-perfect Soviets.

Following the Games, in the Official Bulletin No. 60 of the FIVB, President Paul Libaud said: “We can be satisfied with the results received during the Olympic Games in Munich. The competitions were observed by an enthusiastic public and a great number of IOC members who attended the most important matches and were charmed by them. Now they are really convinced of the athletic and spectacular value of our sport.”

ITA A1: Ravenna on Sunday

The oldest volleyball players are…