Istanbul, Turkey, December 11, 2011. Fenerbahce Grundig ISTANBUL will play Lokomotiv NOVOSIBIRSK of Russia for the third round of action in the prelims of the 2012 CEV Volleyball Champions League – Men. 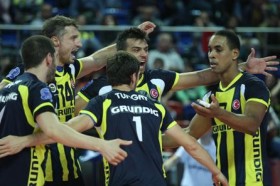 Top of the charts remains ultimate goal for Fenerbahce

The match is set to take place at “Burhan Felek” Volleyball Hall this coming Tuesday and will be aired live by TRT. After scoring two wins in their first matches this past October, the players of Fenerbahce are on top of the charts in Pool E with five points while Lokomotiv is ranked third. If Fenerbahce wins this home clash, the group around Ivan Miljkovic will be very close to book a spot for the Playoffs 12.

“Lokomotiv is a strong team but I trust my players. We want to claim this match so that we will stay on top of the group with three wins in as many matches” says head coach Daniel Castellani.

“Via two consecutive wins in straight sets in the national league and Turkish Cup we definitely got the right morale. I think these matches were a good test for the upcoming clash with Lokomotiv” adds captain Arslan Eksi.

“We want to win this match as well also via the help of our supporters”.

The Biggest Missed Opportunity in Volleyball