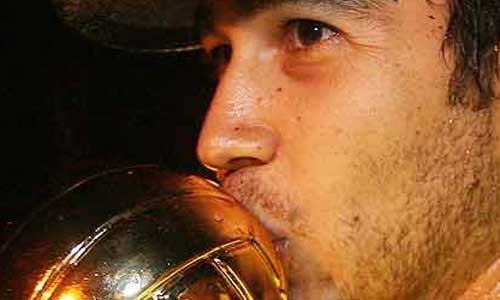 Fernando returns after one year of absence, during 2011 he played in the Cyprus PRO League where he obtained the championship with the club AEK Karavas.

For this new season the club will have new owners that promised a championship for the city of Corozal, Puerto Rico, better known as “The Cradle of Puertorrican Volleyball”.

Plataneros have played 21 times the puertorrican championship out of its 42 years of existence and also played two times in the FIVB Club World Championship (1992 & 2009).

Plataneros de Corozal is a huge team and plays in the best league of NORCECA, that’s why so many great players have worn Plataneros jersey in the past; some examples are the Argentinean Marcos Milinkovich, Brazilians Samuel Fuchs and Leandro Araujo, team USA icon Riley Salmon, Americans David Mckienzie and Paul Lotman and French setter Yannick Bazin among others.

“Soon we will give more information about the foreign players that will wear Plataneros de Corozal jersey in this 2012-2013 season which will be very exciting and competitive. Our goal is to win Puerto Rico’s championship an qualify to our third FIVB Club World Championship “, said the new owner of the club, Javier Díaz.